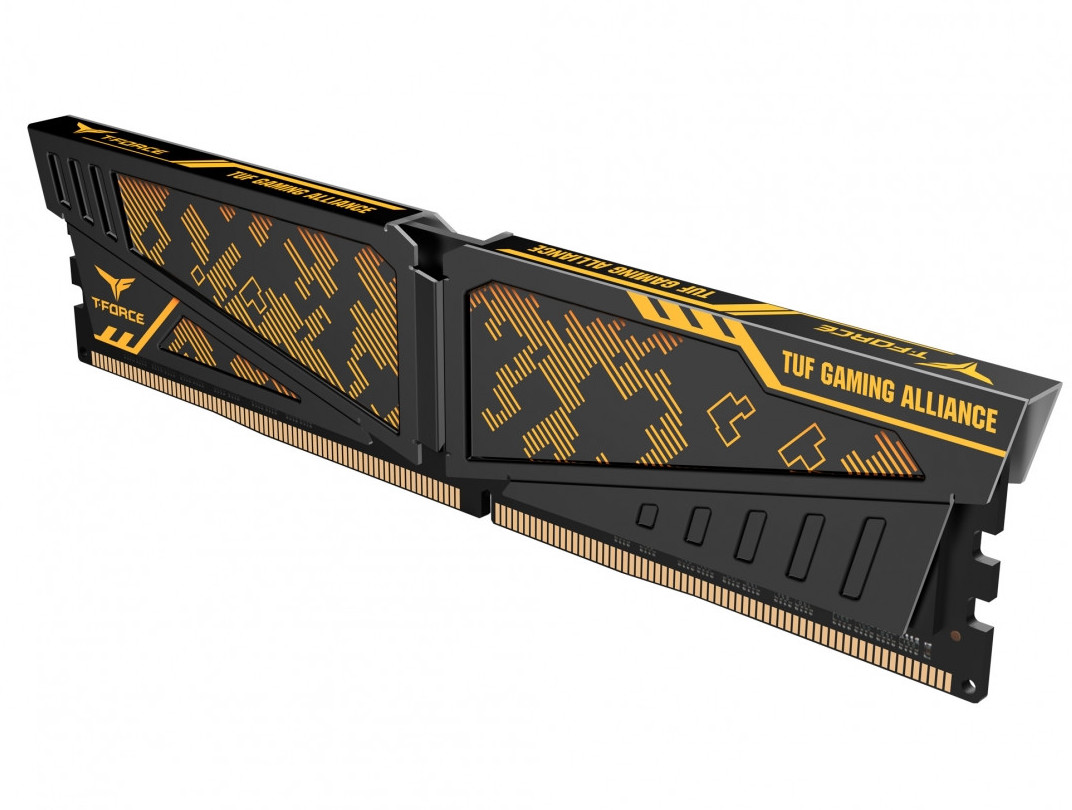 The Gaming Alliance Certification we are told ensures performance, reliability and stability from ASUS with their TUF standards in order to allow Team Group to use ASUS's branding. TEAMGROUP design team has added TUF's unique military camouflage pattern on the heat spreader. T-FORCE VULCAN TUF Gaming Alliance memory also is low profile with a clearance of just 32mm allowing just about any CPU cooler for use.

According to Team Group, the T-FORCE VULCAN TUF has passed a very strict burn in test held by ASUS so overclocking should be simple. They didn't explain exactly what those burn in tests were though. Team Group also advertises them with clock frequencies of up to 3600MHz though at CL 19 which is rather disappointing, the 3200MHz kit may be a better buy at CL16. All kits should be available in 8GBx2 or 16GBx2 configurations which is a nice bonus.

With complete coverage design, the area of the high efficiency forged heat spreader is extended to the top and the two sides to provide memory a more complete coverage of protection which should benefit radiating performance, so the system is able to maintain a longtime stable operation. The appearance is designed with unique military camouflage pattern. T-FORCE VULCAN TUF Gaming Alliance's exclusive asymmetrical cutting is most suitable for gamers who love military style design or are sick of RGB LED kits.

Pricing or availability has not been released though we will update when more information becomes available.