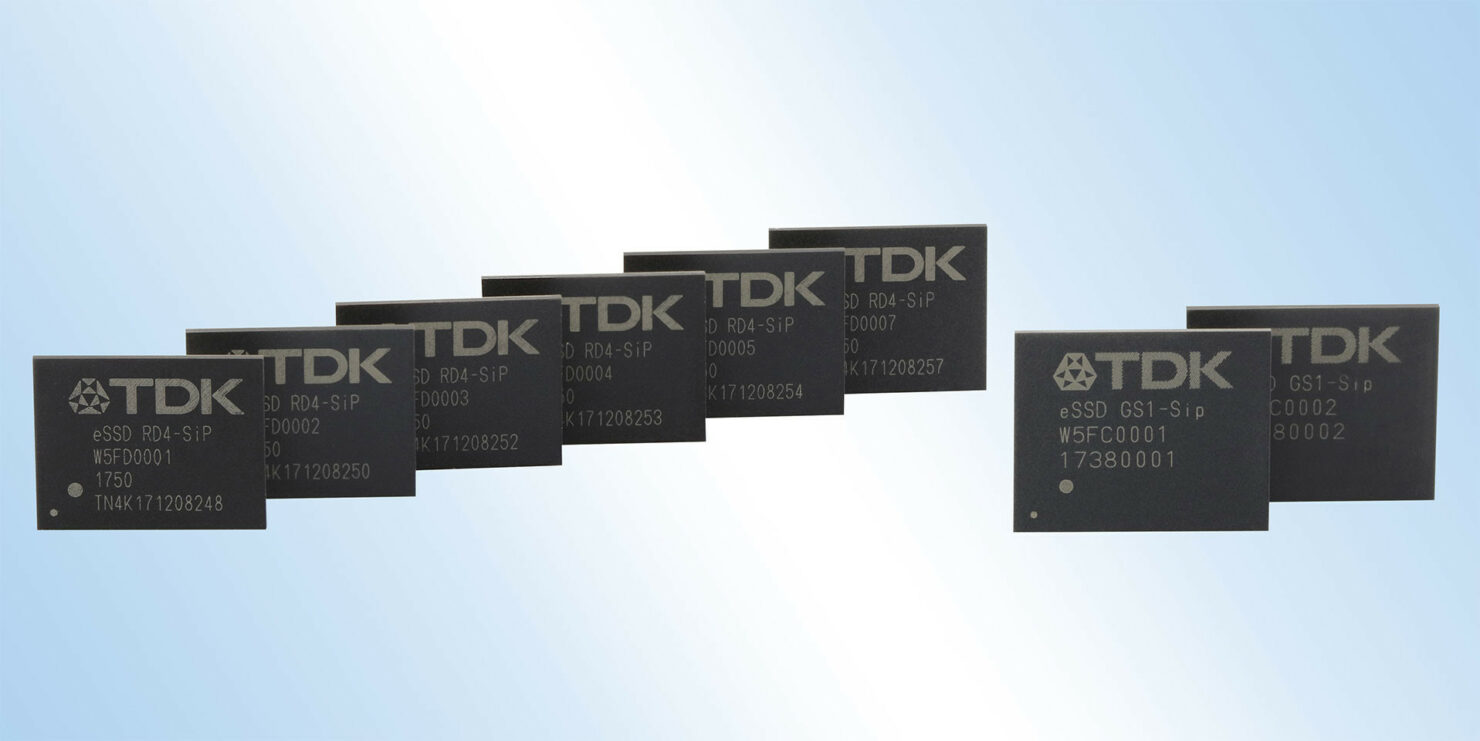 TDK Corporation announces the sequential launch of the embedded SD ESRD4 series, the embedded SSD ESS1B series and the M.2 SSD Type 2280-D5-B-M SNS1B series. With the progress of IoT, the demand for micro storage for edge data is rapidly expanding. In particular, eMMC, which can be mounted on a surface, was expected to be potent, but the trend is shifting from eMMC to UFS, which is associated with the larger capacity of smartphones.

TDK Jumps into the M.2 Market

On the other hand, a reliable and appropriate storage capacity is required for I-IoT that usually uses a small capacity. TDK's embedded SD ESRD4 series is a SD card, equipped with a highly durable SLC/pSLC NAND flash that can be implemented on boards. It covers a wide range of capacities from 1GB to 32GB, suitable for storing a lightweight system such as Linux and RTOS.

In contrast, TDK's embedded SSD ESS1B series is a SSD device, that support SATA 6Gbps. It is equipped with a pSLC NAND flash and housed in BGA packages that conform to JEDEC MO-276, allowing for a building storage capacity from 32GB to 64GB, suitable for storing a large capacity OS, such as Windows 10 IoT. 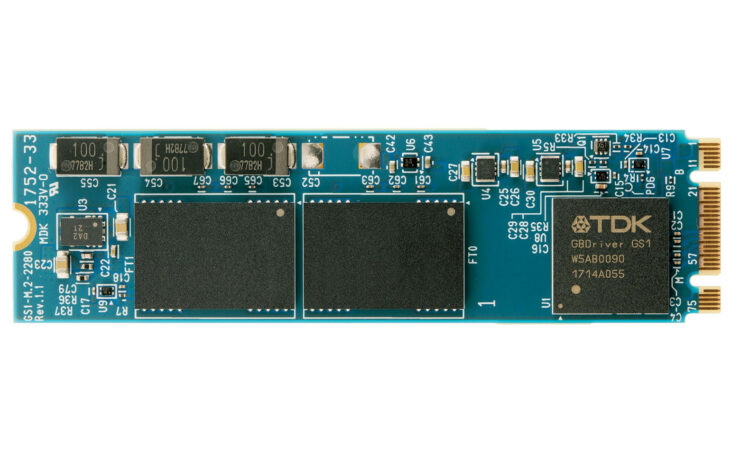 In addition, for applications that require larger capacity storage, TDK adds the 2280 type to the M.2 SSD SNS1B series. Customers can select a NAND flash from SLC/pSLC/MLC as well as the existing 2242 shape.

All three products are equipped with the TDK GBDriver series, NAND type flash memory controllers that are highly rated for industrial applications. It excels not only at data reliability and durability, but also data integrity upon power shutdown, securing the use for IoT devices that are often turned off due to the demand for energy saving.

The ESRD4/ESS1B/SNS1B series will be showcased at the TDK booth at the Embedded Systems Expo (ESEC) for Japan IT Week Spring, which will take place at Tokyo Big Sight on May 9-11, 2018.

The Company has not announced pricing.