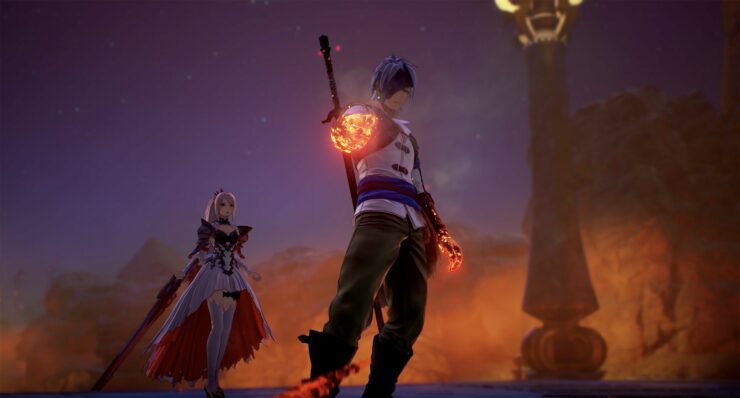 Tales of Arise has reached the final stages of development, and the team is currently focusing on improving the game's quality.

Speaking with Famitsu, as reported by ryokutya2089, series' general producer Yusuke Tomizawa also confirmed that more news is coming in the near future, so it definitely seems like the game is not all that far away. Tomizawa also commented on the game's quality, which should satisfy every JRPG fan in both Japan and the West.

To the extent that we were quiet in 2020, we are making preparations to share all sorts of new information in 2021. Development is going very well, so I hope you can hold out a little longer for new information. We’re preparing all sorts of wonderful news that Tales of fans around the world will get excited about, so please keep us in mind.

In the sense that we’re having our 25th anniversary, would I say that today is a turning point? Today the series is 25 years old. We decided to celebrate the 25th anniversary with you all for two years, so we still have another one left, and I want you all to know that the second half will blow the first half out of the water. I”m sorry I wasn’t able to get into details today, but we’re preparing some really fun things since we’re keeping you waiting so long, so please continue to give us your support.

Tales of Arise is currently in development for PC, PlayStation 4, and Xbox One. The game is scheduled for a 2021 release, but a final release date has yet to be confirmed.