Take Screenshot On Windows 10 Mobile – How To

Here's how you can take a screenshot in Windows 10 Mobile using a simple key combination. 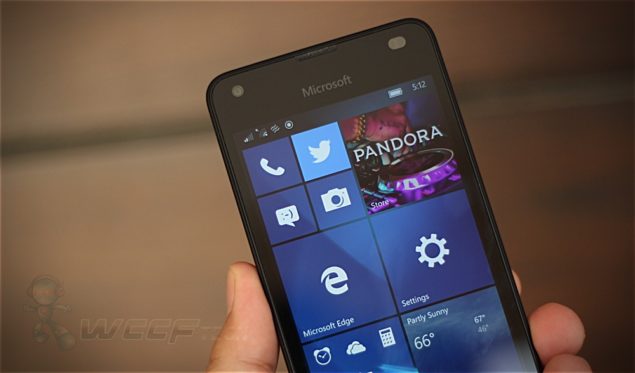 Windows 10 Mobile is Microsoft's latest foray into the world of smartphones, with big hopes to lure people from the other side of the fence to hop onboard. Whether Microsoft manages to succeed in that remains to be seen as users have just finally gotten to acquaint themselves with Windows 10 Mobile. And as they keep on using the company's mobile OS, they'll get to learn quite a few things over a span of time. But today, we're jumping into the arena of the very basic - showing our readers how to take a screenshot, something which everyone should know about.

How To Take A Screenshot On Windows 10 Mobile

On older Windows Phone devices, the key combination for taking a screenshot was the Power + Start buttons. But over time, Microsoft rejigged a few things and has (hopefully) landed on something which everyone will remember from here on in - Power + Volume Up buttons. That key combination will instantly snap a screenshot and save it directly into the Photos app under the 'Screenshots' folder. You will, of course, get a confirmation if you pressed the key combination right the first time. If you can't get it right, then don't worry, a little practice will turn you into a pro. 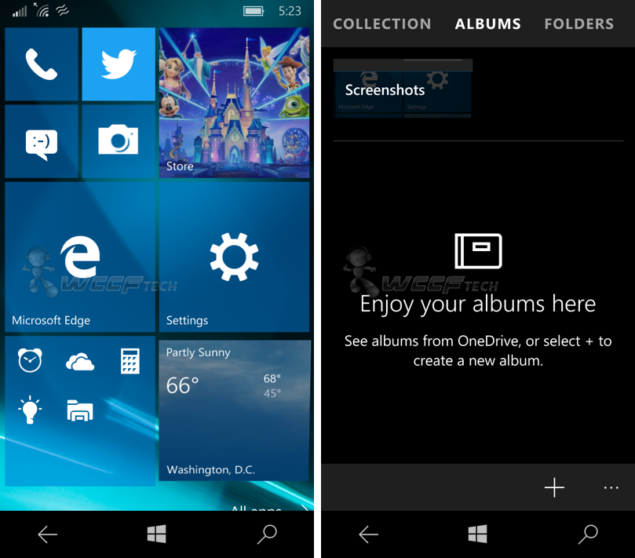 If you try to take a screenshot using the old key combination of Power + Start, then it's heartwarming to know that Microsoft has thrown in a prompt in Windows 10 Mobile making users aware that 'something's changed.' 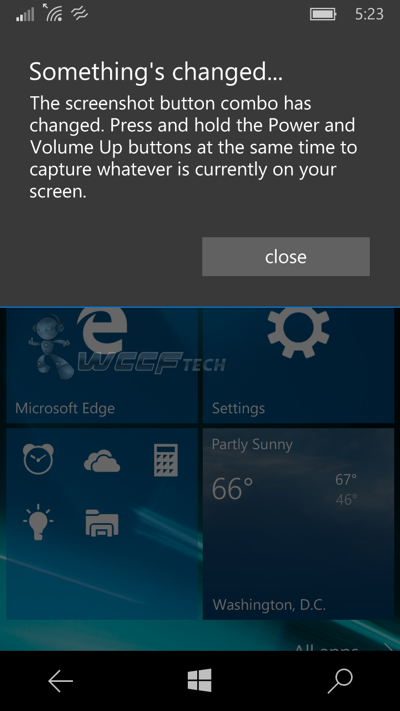 Windows 10 Mobile has been off to a shaky start, with many users complaining of performance related issues and whatnot. Apart from the users themselves, I personally found Windows 10 Mobile to be a little disturbing when it comes to performance of third-party apps and very small things in general.

We're certain that Microsoft can address a lot of things with a few simple software updates in the days and months to come, but it remains to be seen whether these little issues will end up damaging the overall desirability of Redmond's mobile OS. After all, the likes of iOS and Android are extremely zippy in terms of performance even on older hardware, hence we're quite certain things shouldn't be that difficult for Microsoft to manage.

But given Microsoft's current direction of focussing more on its desktop platform, it seems likely that it will be a while till we see a buttery smooth version of Windows 10 Mobile.