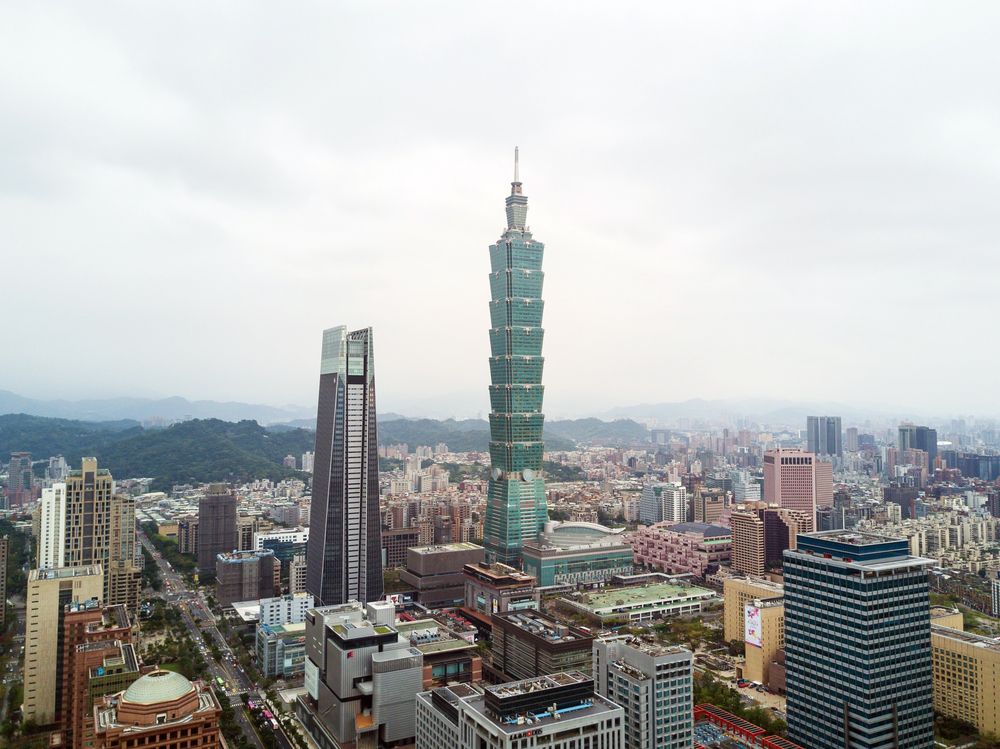 Although the chill of the US-China trade war is being felt in many markets around Asia, Taiwan is an outlier. It's one of the few countries in the world that continually upgraded its growth forecast throughout the year as many of its peer states stared at recessions. To cap it all off Taiwan's stock market -- with a handful of trading days left in the year -- is only a few points away from beating its all-time historical high thanks to its overall performance, in particular, tech companies.

Having risen 24% this year, the TAIEX index of the Taiwan Stock Exchange is just 4% under its all-time high of 12,495, which it hit in February 1990. Should daily trends stay the same, the index, now at 12,000, will breach the record in the first trading days of January. 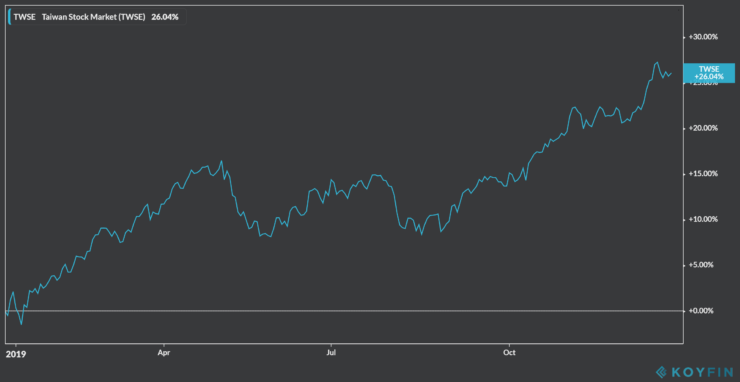 Foreign investors have moved $6.6 billion into Taiwan-listed equities this year, the most among Asian markets according to data compiled by Bloomberg.

While the orthodoxy of closer ties to China as a catalyst for economic growth drove the trade policy of many of Taiwan's peers and competitors -- which are now in a recession or looking at dismal growth -- the TAIEX has risen 50% since independence-minded Tsai Ing-wen was elected in January 2016. During this time Taiwan’s relations with China worsened after she refused to endorse Beijing’s bottom view that both Taiwan and China belong to “one China”.

Technology stocks make up nearly half of all the listed companies in Taiwan, and general optimism in this sector from strong sales of Apple's (NASDAQ:APPL) latest iPhone and new product lines such as hearables as well as 5G infrastructure drove growth. Following a 12.8% drop in 2019, global semiconductor market revenue will rebound to 5.9% growth in 2020, an 18% swing, according to IHS Markit Technology.

Of course, the elephant in the room is the trade war; while factories have shuttered and labor is leaving China, manufacturers are once again opening up shop in Taiwan and expanding operations. Contract IT manufacturer Quanta Computer (TPE:2382) is considering a total pullout from China, while Delta Electronics (TPE:2308) plans to diversify its manufacturing efforts away from China to include Taiwan and South East Asia. The other benefit of the trade war has been China's moonshot efforts to develop its own indigenous semiconductor technology; when Huawei is developing its own silicon it will likely contract TSMC (TPE:2330) to manufacture it.

Taiwan's gains aren't only in tech. As more capital flows into the country a construction boom is underway -- with cement companies as one of the best performing categories on the TAIEX -- as new infrastructure is being built out and buildings erected. 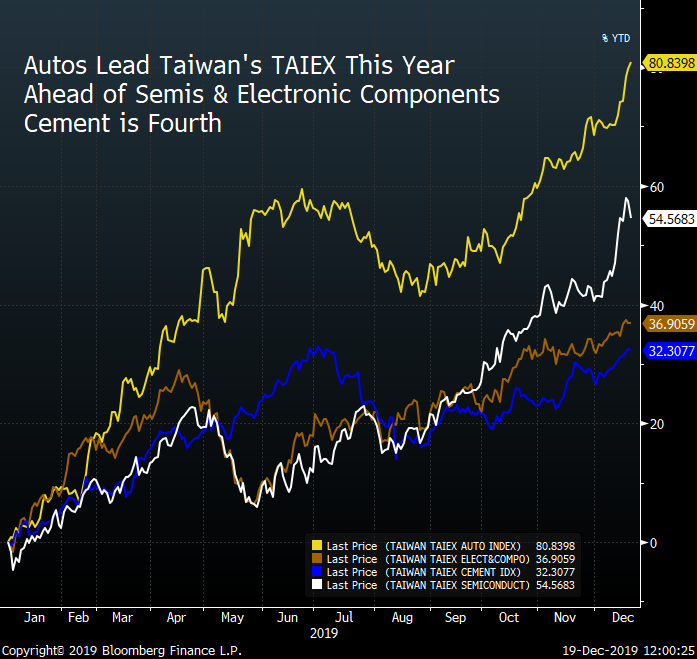 But despite all this growth, wages in Taiwan are still fairly stagnant and well below its peers in South Korea, Singapore, and Hong Kong. 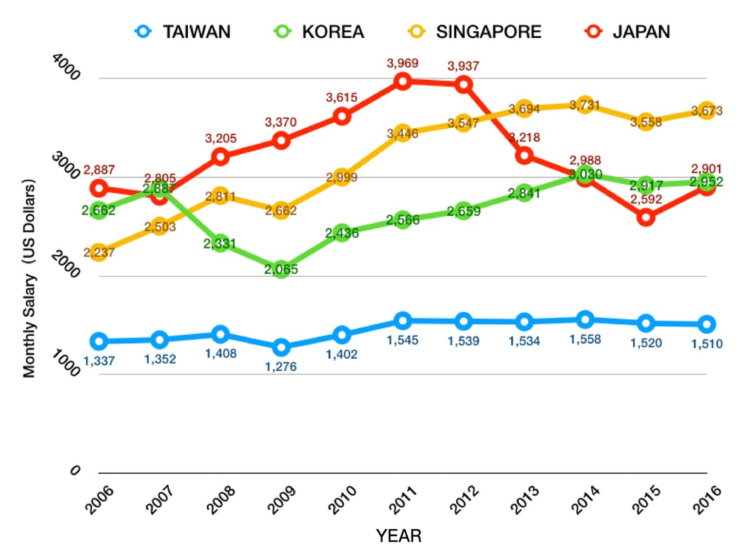 Wage growth for 2018-2019 was approximately 2%, higher than the 1.8% between 2017-2018. Still, salaries are low and while there is a concerted effort to continually raise the minimum wage the wages of the middle class -- which are the majority of earners in the country -- are not moving. Without these wages catching up to that of peer states, the economy can only grow so much despite all the signs in its favor.