If a recent tease from developer ‘Otherside Entertainment’ is to be believed, System Shock 3 is happening.

The developer focused on rebooting classic game franchises, launched a teaser site which was counting down to a specific time. The teaser site only mentioned the first letter ‘S’ of the now teased title.

The teaser website (which is still online) can be checked out here.The follow up of the tease was discovered however by LESS T_T of the RPGCodex. Neogaf user Hemtuae decided to put it up on the GAF forums. 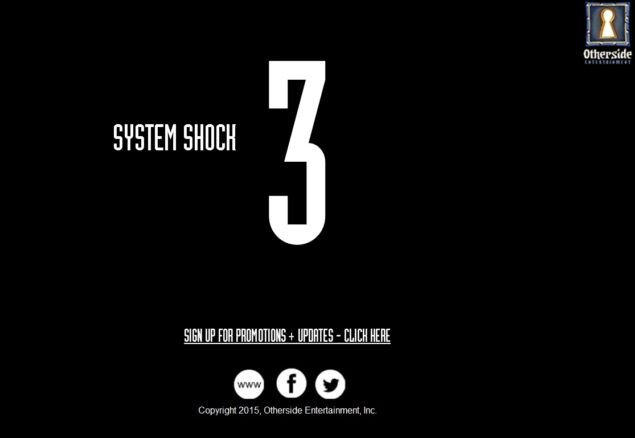 If the ‘tease’ is legit, were finally looking at a sequel to one of the most influential shooters. In fact, the recent Bioshock games are considered spiritual successors to System Shock and System Shock 2. Through the teaser website, fans can now sign up for promotions and updates.

For our first title we’re bringing back the classic Ultima™ Underworld franchise, which we’re calling Underworld Ascendant™. Our team include some of the folks who created the original franchise. When we made the original we looked to redefine the fantasy RPG genre. With the reboot we’re going right back to innovating, and our goal is to make the franchise more vital than ever

Earlier this month we already posted that developer Night Dive is working on a remake of the original System Shock.  The developer recently acquired the rights for the game, and Night Dive’s founder Stephen Kick is now working with the game’s original concept artist, to reimagine the original 1990’s designs.

The remake is to be a full remake, going well beyond the the enhanced version of the game that was released some months ago. According Kick, console versions are planned as well.