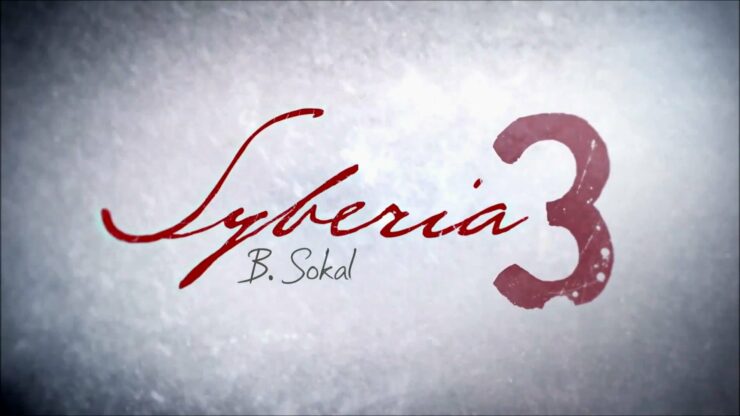 The adventure series Syberia is going to make its glorious comeback in the future with Syberia 3. Not much was known about a possible release window for the game developed by Microids, but today it's been confirmed exactly when fans will be able to get their hands on the game.

Earlier today, it's been confirmed that Syberia 3 will be released on December 1st in all regions on PlayStation 4, Xbox One, PC and Mac.

With cinematic scope, unforgettable characters, and sweeping story, Syberia 3 is the most technically advanced and visually spectacular Syberia game to date. The game’s rich and interactive score is created by award-winning composer Inon Zur. Rendered in full 3D for the first time ever, Syberia 3 has been developed for the PS4 and Xbox One consoles as well as PC and Mac from its inception. This will offer players a new level of freedom to explore its beautiful landscapes and cities and allow them to unravel mysteries and enigmas in ways never seen before in the saga. Syberia 3 is scheduled to be released on December 1, 2016 for Playstation 4, Xbox One, PC and Mac in English, French, German, Italian, Spanish, Dutch, Simplified Chinese, Traditional Chinese, Korean, Polish and Russian.

Today, some new Syberia 3 footage has also emerged online with a new short documentary video which takes viewers behind the scenes of the game's production. Another video focusing on the world of Syberia and Kate Walker will also be made available soon. You can check out today's video right below.

Syberia 3 launches on PC, Mac, PlayStation 4 and Xbox One on December 1st. We will keep you updated on this upcoming adventure game as soon as more comes in so stay tuned for all the latest news.

Syberia 3 Gets a Release Date and First Gameplay Trailer