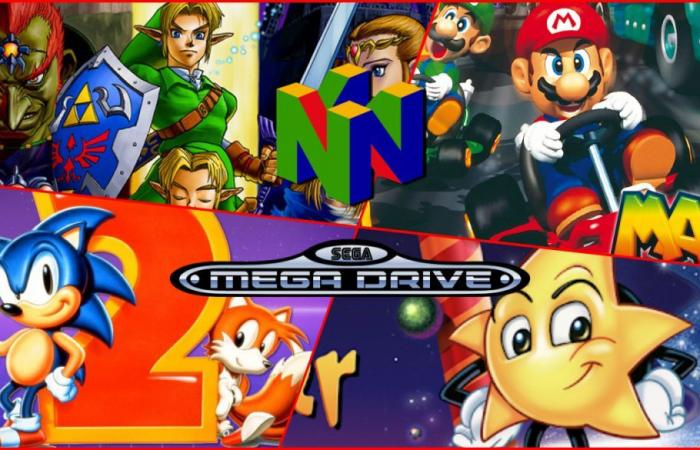 A Nintendo Switch Online N64 datamine suggests that Nintendo is planning to add at least 38 N64 and Mega Drive games to its service in the future.

Nintendo launched its premium tier Switch online service earlier this week, the Nintendo Switch Online Expansion Pack. This higher-priced tier includes both a select number of Nintendo 64 and Sega Mega Drive games, and based on the mined data, Nintendo will be adding plenty of new games to the expansion pack. In addition, the data suggests that Nintendo is indeed planning to add additional platforms to Switch Online.

This information comes from Twitter user “MondoMega”, who claims to have mined the new Switch N64 application, and going by game IDs, Nintendo is planning “at least” 38 Nintendo 64 games alongside at least 52 Sega Mega Drive titles.

Mega Drive proved to be even more interesting. At least 52 here! pic.twitter.com/sjVw5SovJZ

Currently, the Switch Online N64 library includes a total of 8 games for the platform, including, The Legend of Zelda: Ocarina of Time, Super Mario 64, Mario Kart 64, Star Fox 64, Yoshi’s Story, Mario Tennis, Dr. Mario 64, Sin & Punishment and Win Back. Nintendo has already announced that 7 additional N64 will be added to the service, including the ever-popular Banjo-Kazooie, The Legend of Zelda: Majora’s Mask, Kirby 64: The Crystal Shards, Mario Golf, Paper Mario, Pokémon Snap, and F-Zero X. Going by the already released and yet-to-be-released titles, Nintendo is said to be adding at least 20 more unannounced N64 to the Switch Online Expansion Pack in the near future.

As for the Mega Drive library – the Mega Drive app currently consists of 14 titles, which suggests that at least 38 more Sega games will be added to the service later on.

Which Nintendo 64 and Mega Drive games would you like to see on the Nintendo Switch in the future? Hit the comments.