In an attempt to make the worlds smartest keyboard, the London-based startup is churning up some algorithms that will mimic the human response. SwiftKey is set to use the neural network language into the smartphone keyboard which will suggest better upcoming words based on your conversation. 'SwiftKey Neural Alpha' is now available for Android as an ongoing app in-progress that users can download right now. 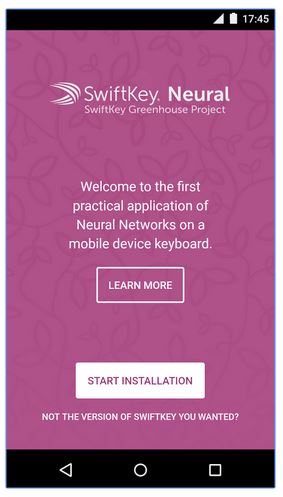 The company wants it to be known as 'language innovation' other than just a startup keyboard company. According to company officials, the new break in traditional keyboard technology will enact as the 'frontier in human expression for mobile devices'. The building up of a brain inside the keyboard will change the way we interact with each other as well as the way we think about communication. The neural network language will fulfil the gaps of our communication as we tend to renounce some elements.

Let's see some more details on SwiftKey and how it aims to better our communication with neural network language.

According to SwiftKey's marketing chief, Joe Braidwood, the neural network language has the ability to understand the meaning of words and sentences. The current SwiftKey model uses the n-gram approach, suggesting three most common words from the entire database to complete a specific sentence. However, the new neural network language allows the keyboard to understand the sentence and devise appropriate words with the most possible fitting. SwiftKey has no liability to work under the fundamental constraints like others of its kind, hence making it more limitless. 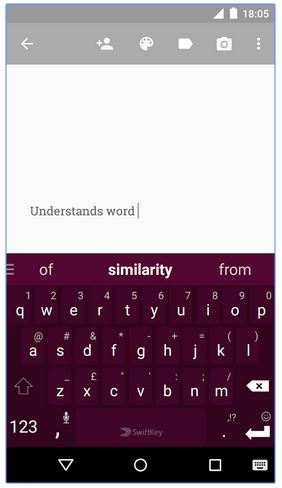 One of the most important aspects of the SwiftKey will be the ability to keep the predictions limited to mobile. It means that the app does not have to connect with cloud for suggestions and predictions. The company marks itself and Google as the only company to achieve something this remarkable in engineering. Braidwood further pointed that users want their task to be predicted as fast as they think, without any cloud constraints that might lead them to wait. 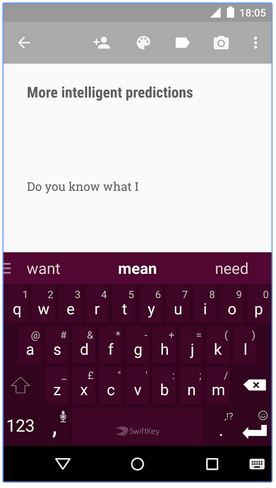 Even though Apple has opened up its iOS to third-party keyboards, SwiftKey still has incomplete access to the technology used in the operating system. Henceforth, SwiftKey has not released its in-program app on the App Store, forcing the company to release a finished version of the keyboard app for iOS, once it is done. Even though there are numerous other apps that work with their own sets of operations and features, SwiftKey's neural network program will definitely change the way we communicate.

This is it for now, folks. Which keyboard do you guys have on your iOS or Android-powered devices? Will you give the SwiftKey Neural Alpha a go? Let us know in the comments.