The chances of the PC modding community being able to light up Tom Clancy’s The Division in terms of visuals with the help of graphics mods seem pretty bleak now after Ubisoft explained how the massive open world of the game makes modding support challenging. However, the first graphics enhancement mod for the game is already out, suggesting that modders can’t seem to keep themselves from making the already impressive upcoming shooter even more admirable. 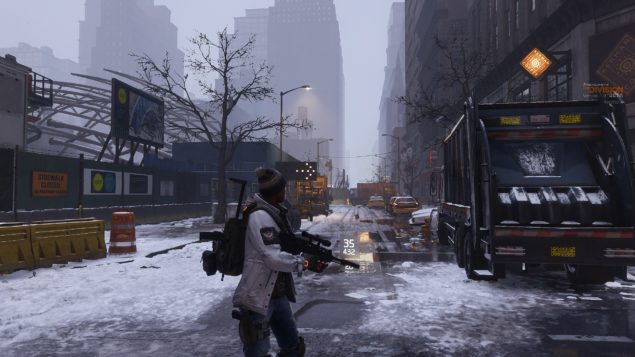 The Division’s closed beta testing phase ended last month with reports about mass cheating and exploits, but of course, that is not all what the beta was about. Some beta testers managed to use their hands-on time to crank up the visuals of the PC version of the game using the popular SweetFX mod. SweetFX allows players to apply a number of post-processing effects and create and share their own presets for games.

The SweetFX mod has already been used in games like GTA V and Star Wars Battlefront to produce breathtaking visuals, and the result is much the same here with The Division. YouTuber Xenthor Xi shared a couple of videos showing how SweetFX adds significantly to the beauty of in-game post-pandemic New York city. A post on Xenthor’s SweetFX preset page reads that in order to achieve the desired effect, all graphical settings were set to maximum except a few. You can check out the videos and the screenshot comparison below. Note that screenshot with normal beta graphics comes before the one with SweetFX in the gallery below.

Ubisoft recently wrapped up The Division’s closed beta testing phase. A second beta testing phase, this time open to everyone, is reportedly scheduled on all platforms from February 16 to 21. Last month, Ubisoft confirmed via a blog post that the highly anticipated shooter will have no support for mods as the massive online open world of the game makes “modding support technically challenging.” After multiple delays, the final retail version of The Division is now set to release on PC, PlayStation 4 and Xbox One on March 8. Last