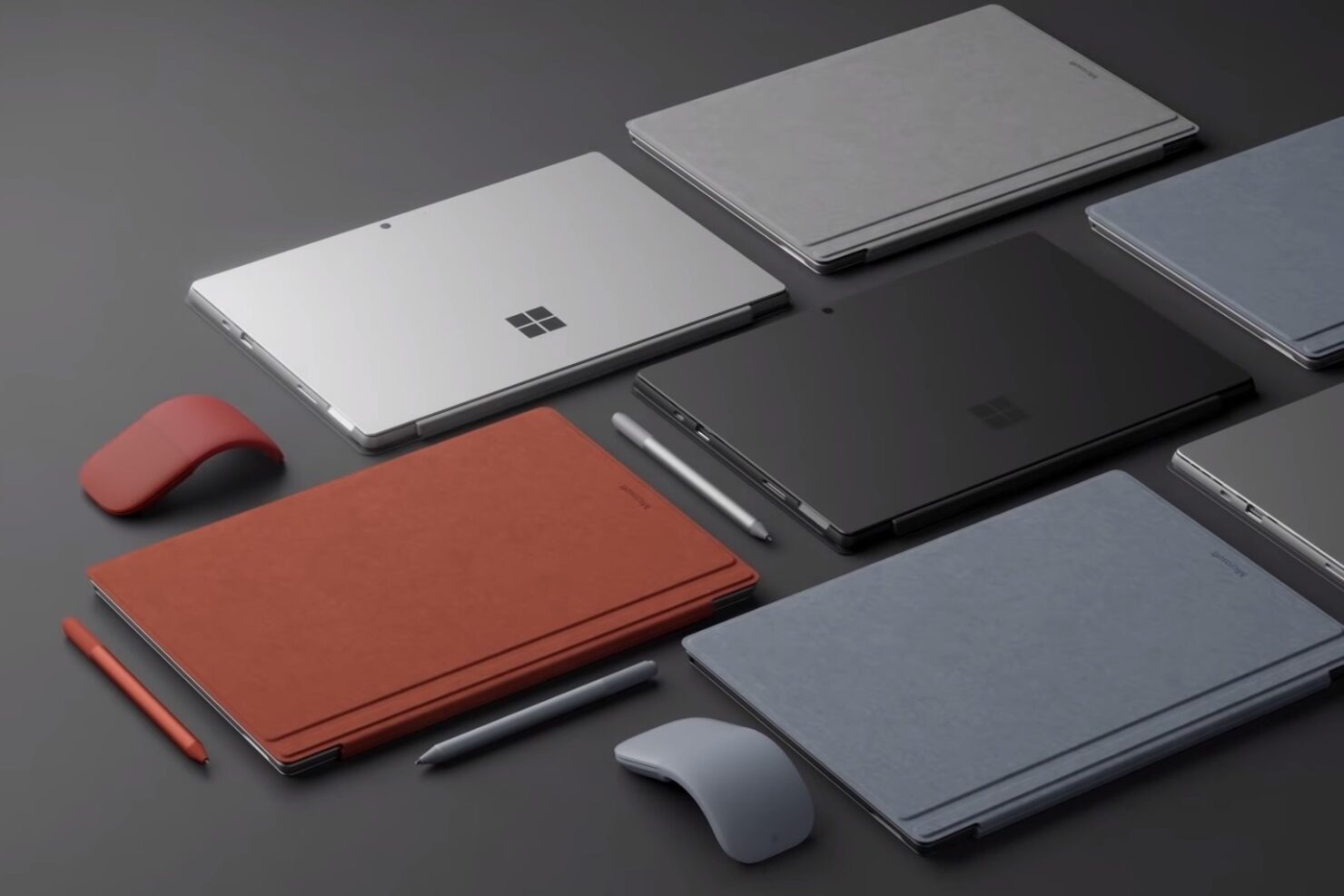 For years, Microsoft has stuck with the same formula when launching a new Surface Pro model, but according to a tipster and a leaked image, the Surface Pro 8 could tout the most upgrades ever seen on a device from the software giant.

Surface Pro 8 Will Not Feature AMD Ryzen Chips, Likely Due to Chip Shortage

Microsoft’s September 22 event could have more interesting launches other than the Surface Duo 2. According to an alleged marketing material of the Surface Pro 8 shared by @Shadow_Leak on Twitter, the 2-in-1 will finally be getting treated to a 120Hz display. More details reveal that the Windows 11 tablet will sport a 13-inch screen with narrower bezels, so it may sport a smaller footprint compared to the Surface Pro 7, making it easier to carry around.

However, it does not look like Microsoft will use an LTPO OLED screen for the Surface Pro 8, and will probably stick to an LCD panel. The drawback to using this display technology will obviously be faster battery drain, but at least the 120Hz option will be welcomed with open arms. Next up, two Thunderbolt interfaces. As Microsoft will use Intel’s 11th-generation processors, the Surface Pro 8 will have Thunderbolt ports.

While the tipster has not mentioned if it will be using the Thunderbolt 3 or Thunderbolt 4 interface, Intel’s 11th-generation chips support the latest Thunderbolt 4 standard, allowing you to connect high-resolution external monitors, a multitude of peripherals, and even an eGPU solution to play the latest games, assuming you can get your hands on a graphics card in this ongoing chip shortage. The only drawback will be that Intel’s 11th-generation processors are limited to four cores, so Microsoft has chosen to leave a lot of performance on the table by not sticking with AMD’s Ryzen family.

Unfortunately, if Microsoft did, then it may have been difficult for customers to get their hands on the Surface Pro 8, as AMD’s 5000 series Ryzen chips are hard to come by, thanks to the chip shortage. Lastly, swappable SSDs might finally be coming to the Windows 11 2-in-1, though it is not clear if there will be more than one slot. Microsoft should make it easier for users to pop open a small lid at the back and upgrade the SSD in a few seconds without having to tear down the entire machine.

Also, the SSD’s size should be the common 2280 variant and not the 2230 one like the company used in the Surface Laptop 4. Compact 2230 M.2 NVMe SSDs are more expensive and not available thoroughly, so why not stick to a more conventional choice like other manufacturers? If there is an extra M.2 slot available for users to expand their existing storage, that will make things even sweeter.

Are you excited to see these Surface Pro 8 upgrades during Microsoft’s official announcement? Tell us down in the comments.