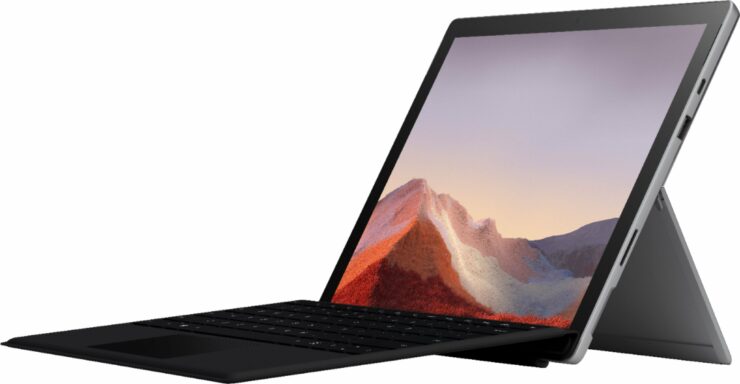 Microsoft showed the world how serious it is when it comes to hardware at its Surface event earlier this month. The Redmond based company, known primarily for its Windows operating system, has had a love-hate relationship with hardware over the past few years. While Microsoft's Surface lineup has excellent designs across different form factors, the company has yet been unable to translate this into market sales.

In its Surface event, the company took its strongest approach to hardware in years. Not only did we witness a multitude of gadgets (with confusing, interrelated names) launch, but Microsoft also showcased how it wants to take the next step in 2-in-1 form factors by introducing custom processors. Today we've got a benchmark for Microsoft's Surface Pro 7, which is the latest Intel-based iteration of the lineup (the other being the Surface Pro X). Take a look below for more.

Microsoft's Surface Pro 7 is available with three processors. These are fabricated on Intel's 10nm process and were launched earlier this year. The three chips, Intel's Core i3-1005G1, Core i5-1035G4 and Core i7-1065G7 are part of Intel's Ice Lake U generation. Today's benchmark for the Surface Pro 7 is running on Core i5 and comes with 8GB RAM. Additionally, the scores are for GeekBench 5 and not GeekBench 4.

Taking a look at the three entries present on GeekBench 5, and averaging them, we find out that the Surface Pro 7 scores 785 points in single and 2626 points in multi-core tests. In order to gain a better understanding of the Surface Pro 7's performance, we've taken these benchmarks and compared them to the device's closest competitors. Most of the reference devices run on older Intel chipsets.

Taking a look at the scores above, the Surface Pro 7's GeekBench 5 performance is sufficient to take on most of its competitors. Additionally, the fact that the device is running on a tenth generation Intel chipset is a big bonus for potential buyers, and you've got to keep in mind here that the devices that do beat the Surface Pro 7 are powered by Core i7 processors, and that we haven't considered TDP environments.

These scores represent only an early analysis of what the Microsoft Surface Pro 7 is capable of, and therefore, use them to reach concrete conclusions only at your own risk. Furthermore, other factors such as price, peripheral support, design and heat dissipation also need to be kept in mind when making a new purchase.