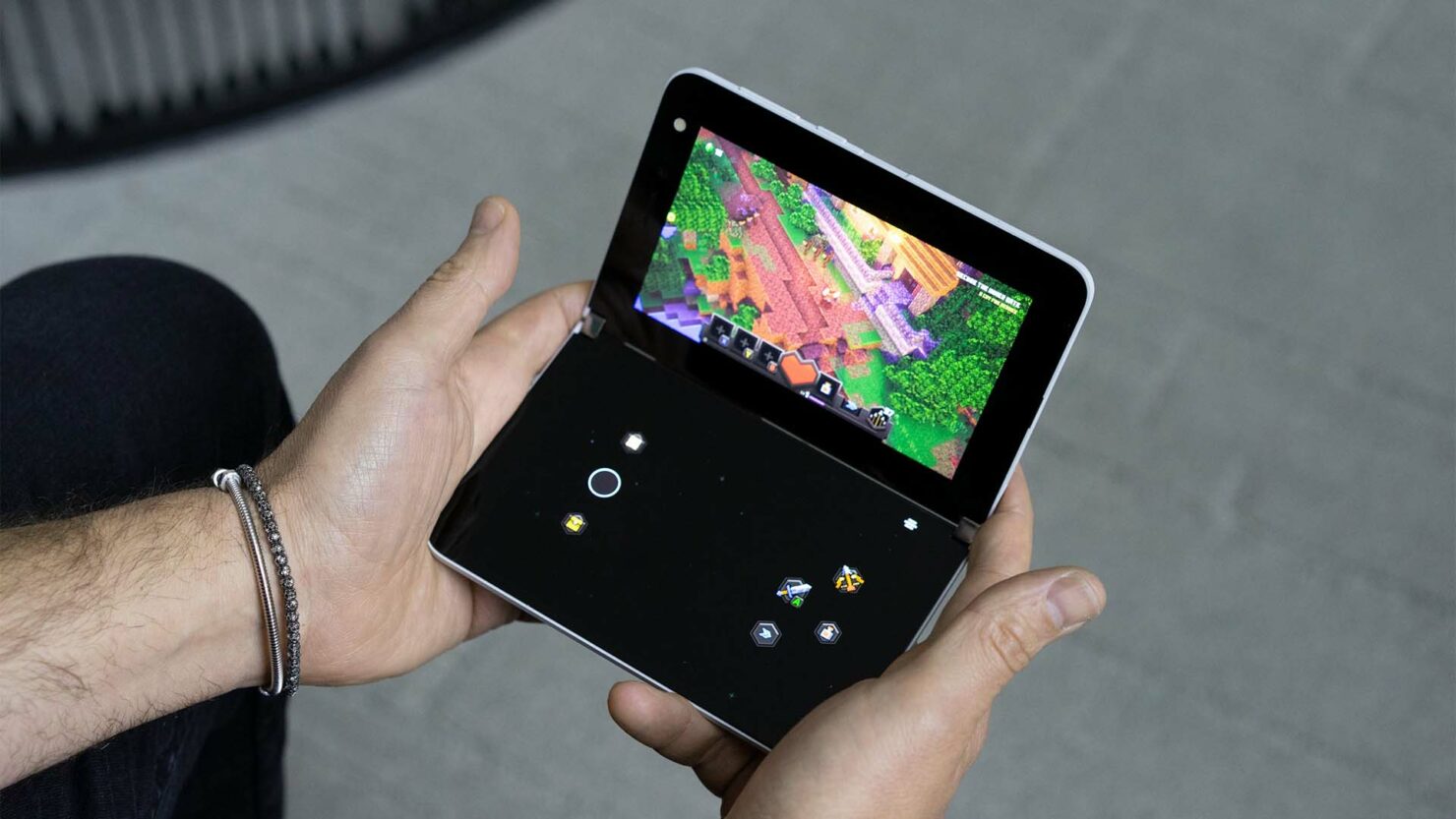 The Surface Duo with its initial $1,399 price tag might have received a ton of negative flak for being too expensive and featuring last-gen hardware, but with hefty discounts paired with the latest move from Microsoft, potential customers might be eyeballing it once again. Since the Surface Duo runs Android, the native Xbox Cloud Gaming app for the platform has been updated, giving more options to users to turn the device into a portable gaming one.

With the latest update, one part of the Surface Duo’s display will show up gamepad controls, while the other display will show what game you are playing. Since both screens are separated by a hinge, there will not be any UI distortion effects taking place. In short, the latest update from Microsoft transforms the Surface Duo into a Nintendo 3DS, and it can also double as a smartphone, for those that have a need.

While it is more than possible to pair an Xbox controller to the Surface Duo, a virtual touchpad on one side of the display negates the requirement to bring an extra device. Microsoft is also adding touch-compatible games from time to time, and you can check the available titles here. The Xbox Cloud Gaming app has been updated to be optimized for gaming on the Surface Duo.

Fortunately, retailers such as Amazon are offering the dual-screen device for as low as $824.99 so if you are in a hurry to try out the latest titles, you can get a Surface Duo right away. However, if Microsoft has updated its Xbox Cloud Gaming, while also having it optimized for the Android-powered device, it can mean the company might be serious about releasing a successor, which could deliver an even better experience when it is officially released.

So how about it? Do you think the latest update will encourage you to pick up the Surface Duo and try out some games? Tell us down in the comments.