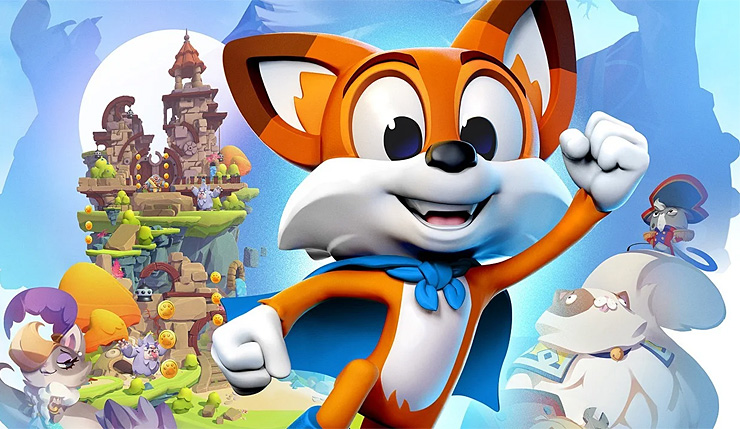 Super Lucky’s Tale may not be the most ambitious game around, but it seemed like the game’s plucky fox protagonist was on his way to becoming a minor mascot for Microsoft, who handled publishing of the game on PC and Xbox One. Well, it seems like Microsoft exclusivity may be coming to an end, as evidence has emerged the game is making the leap to Nintendo Switch.

According to the folks at Nintendo Everything, current/former Playful Corp. employees Taylor Smith and Jesse Sosa have made mention of a Switch port of Super Lucky’s Tale in their CVs and/or LinkedIn profiles. These references have since been scrubbed, but the Internet never forgets! It should also be mentioned that Playful Corp. has directly expressed their desire to do a Switch port.

We'd love to see that as well!

Of course, you should still take all this with a grain of salt. Given Microsoft’s recent penchant for buying indie studios, Playful Corp. could be snapped up tomorrow and the Super Lucky’s Tale port would probably be off. That said, Lucky would certainly be at home at Switch – I think he could end up finding more success on Nintendo’s console than with Microsoft.

Thinking about giving Super Lucky’s Tale a shot? Wccftech’s Francesco De Meo found it to be a straightforward, yet charming adventure in his review…

“Super Lucky's Tale is a simple yet engaging platform game that players of all ages can enjoy thanks to its pick-up-and-play experience. The game, however, may be too simple for some, and the easy and short experience may be a turn off for others, especially for those who have experienced other excellent platform games this year such as A Hat in Time and Super Mario Odyssey.”

Super Lucky’s Tale is currently available on PC and Xbox One.