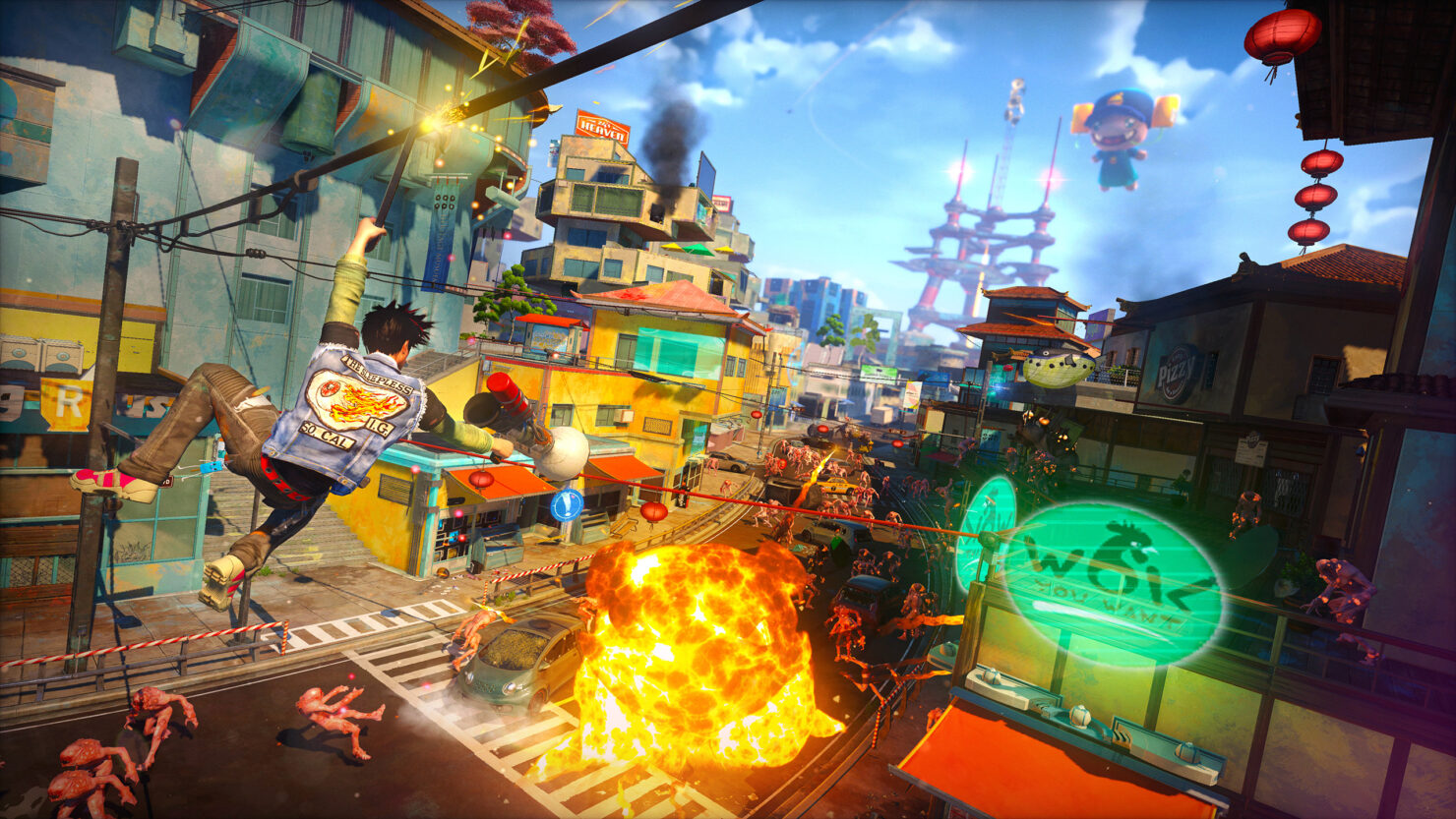 The action title was already rated for PC in Korea back in May of this year, and an American ESRB rating last week sparked hope for those eager for a PC version of Sunset Overdrive. Aside from a listing on SteamDB, the database doesn’t mention any additional info, but it looks like we're due for an official announcement soon.

The game originally launched exclusively for Xbox One in late October 2014. Back in September of this year, Developer Insomniac Games said that they would love to make a sequel, though it would be challenging from a bandwidth standpoint.

The city’s overrun with mutants. Problem? Not for you. Sunset Overdrive is an open-world playground of post-apocalyptic possibilities. Vault, grind & wall-run while using a deadly & unconventional arsenal. With hyper-agility, unique weapons, & customizable abilities, it rewrites the rules of shooters while delivering an irreverent adventure.

FizzCo has released their new hit energy drink, OverCharge Delirium XT. The only itty bitty problem is that it’s caused everyone who drank it to turn into mutants. You are one of the survivors of Sunset City and you must now band together with others (at least the ones who aren’t dicks) to try and escape. That’s easier said than done. Are you up for the challenge? Let’s hope so!

You’re not the only one embracing the Awesomepocalypse. Throughout Sunset City you’ll run across an eclectic group of factions, each with its own unique style and story. For instance, Troop Bushido, a group of adventurers who now abide by ancient Samurai code. And the Fargarths, live action role-players whose fantasy suddenly becomes their reality. Plus many more memorable characters we don’t want to reveal just yet. Spoilers!

Do you think we’ll finally be getting a PC version of this insanely fun title? Hit the comments below.

Rumor: Sunset Overdrive PC On Its Way; Windows 10 (UWP) Only