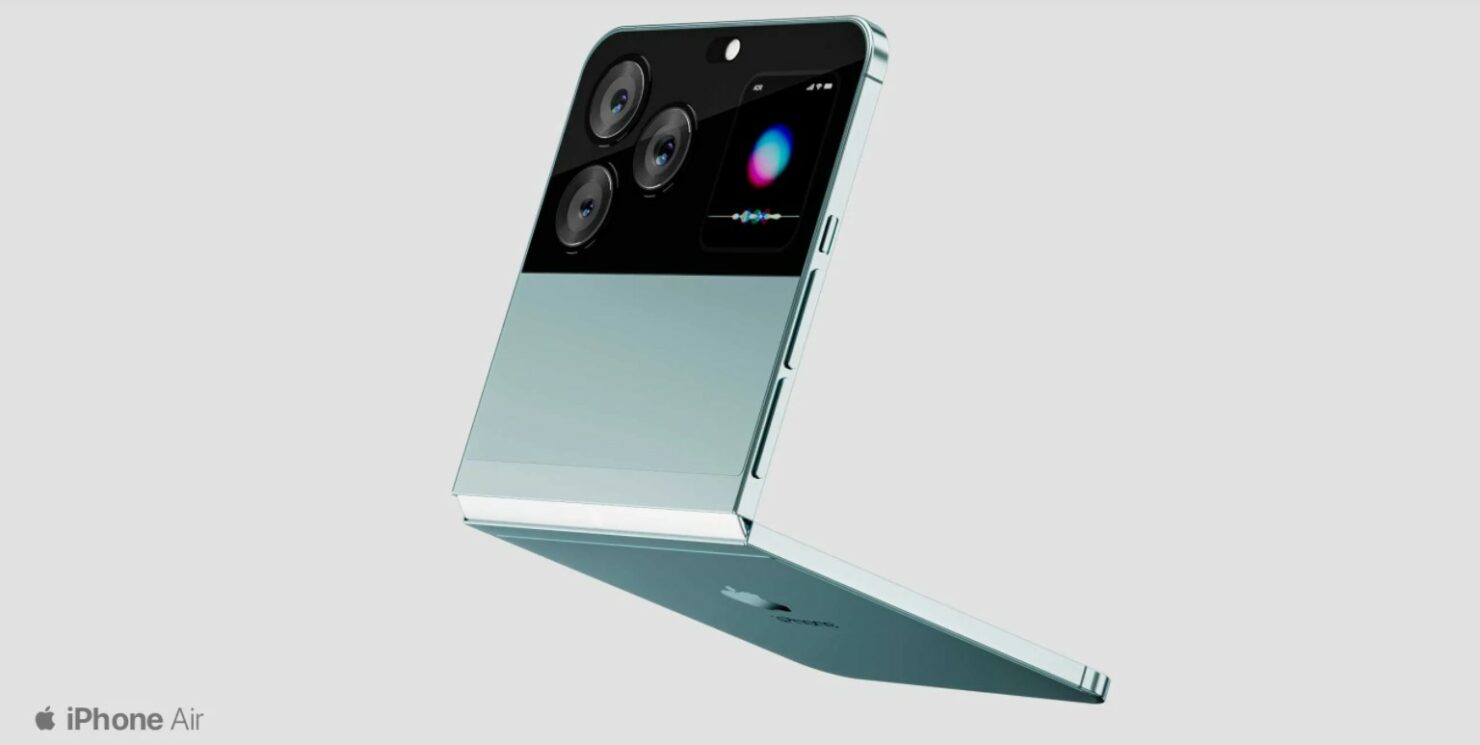 Apple is yet to show us its rendition of a foldable iPhone while companies like Samsung are already far ahead. We have heard several times that the company is working on a foldable iPhone but no launch time frames have been mentioned. Moreover, Apple is currently working on its iPhone 14 lineup which will be introduced later in the year. For its foldable segment, the company is taking its sweet time to perfect the technology and develop appropriate use cases. However, it is never too early to start speculating what a foldable iPhone might look like. Well, a new concept has emerged that aims to show a foldable iPhone in a clamshell design dubbed as the "iPhone Air." Scroll down to read more details on the subject.

We have previously heard that Apple will launch a foldable iPhone that bends horizontally. However, the new iPhone Air concept imagines the device folding vertically, much like Samsung's Galaxy Z Flip 3. The concept is shared by the designer Antonia DeRosa and takes design cues from the current iPhone 13 models. The iPhone Air concept features a clamshell design with a triple camera setup at the back. Moreover, it also features a secondary display at the back to show information when the display is clammed shut.

Externally, the foldable iPhone Air concept shows sharp creases and rectangular buttons. The button placement is pretty similar to the current models. Other than this, the display houses a pill-shaped cutout for camera and Face ID components. The hinge is finished in chrome and shows an Apple logo when closed. The iPhone Air concept imagines the device to be powered by the M1 chip, the same chip that powers the MacBook Air. It was previously reported that Apple is working with foldable iPhone prototypes that passed internal durability testing. You can check out the iPhone Air concept below for more details.

There is very little known about Apple's attempts to introduce a foldable iPhone. According to past reports, Apple could launch a foldable iPhone in 2023. We will share more details on the subject as soon as further information is available.

How did you like the foldable iPhone concept? Share your valuable insights with us in the comments.