Study shows HTC has the most up to date phones, followed by Sony Ericsson

The Android Update Alliance, was set up back in May to unite manufacturers in keeping their devices up to date for at least a period of 18 months after its release. Though very little is currently known about how the Alliance actually works, for example whether it has any power to influence decision making regarding updates for any manufacturers or whether it works with OEMs or not. It has however come up with a report card detailing how well are different OEMs doing with regards to keeping their phones up to the date with the latest version of Android. 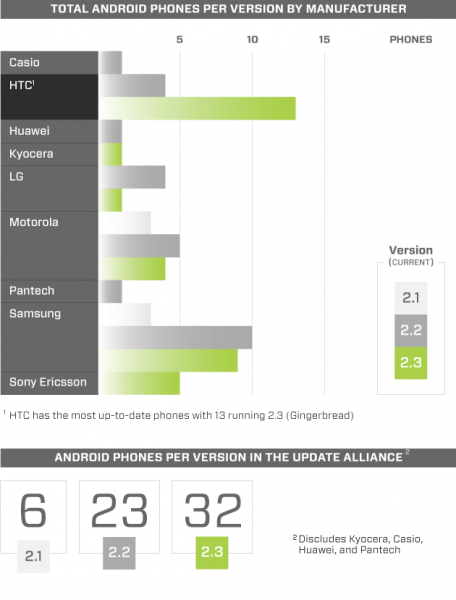 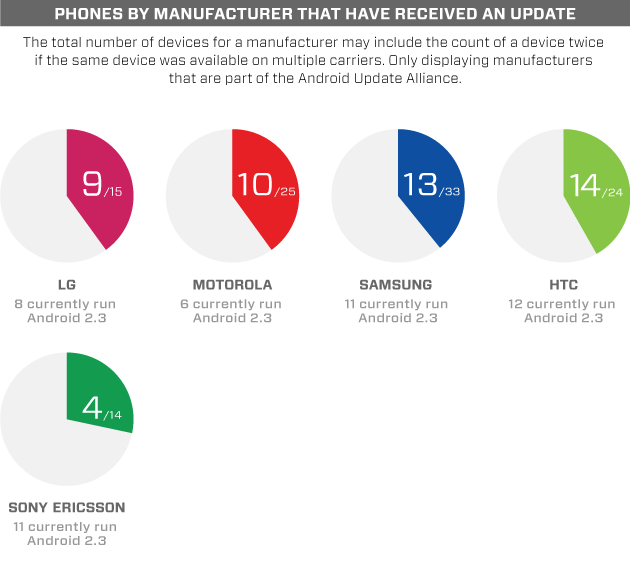 Between the top five manufacturers, HTC has an overwhelming number of phones running on Android 2.3.x followed by Sony Ericsson. Samsung isn't far behind with LG and Motorola clearly struggling. What helps HTC and Sony Ericsson here is that most of the phones they've launched have been pretty high end and usually relatively packing good enough specs to run Gingerbread. For Sony Ericsson launching only a handful of phones certainly helps keeping them up to date. For Samsung the problem is the sheer amount of phones they launch everyday. Keeping them all up to date certainly wont be easy. Motorola has a few low end phones which I suppose were launched with Android 2.2 to begin with. LG has no excuse. They've been lazy and treating their customers like crap especially those who jumped the gun with a half baked Optimus 2x. 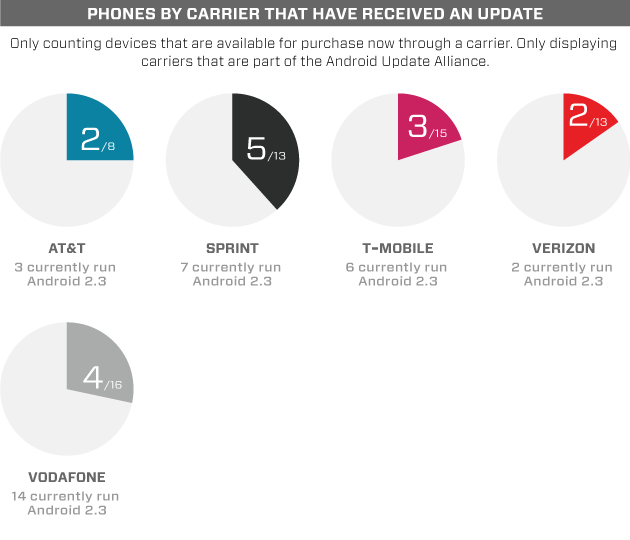 On the carrier side of things Sprint and Vodafone are carrying the most number of phones running the latest version of Android. Verizon and AT&T are doing the worst here.

Click on the image below to a device by device graph showing the update progress.