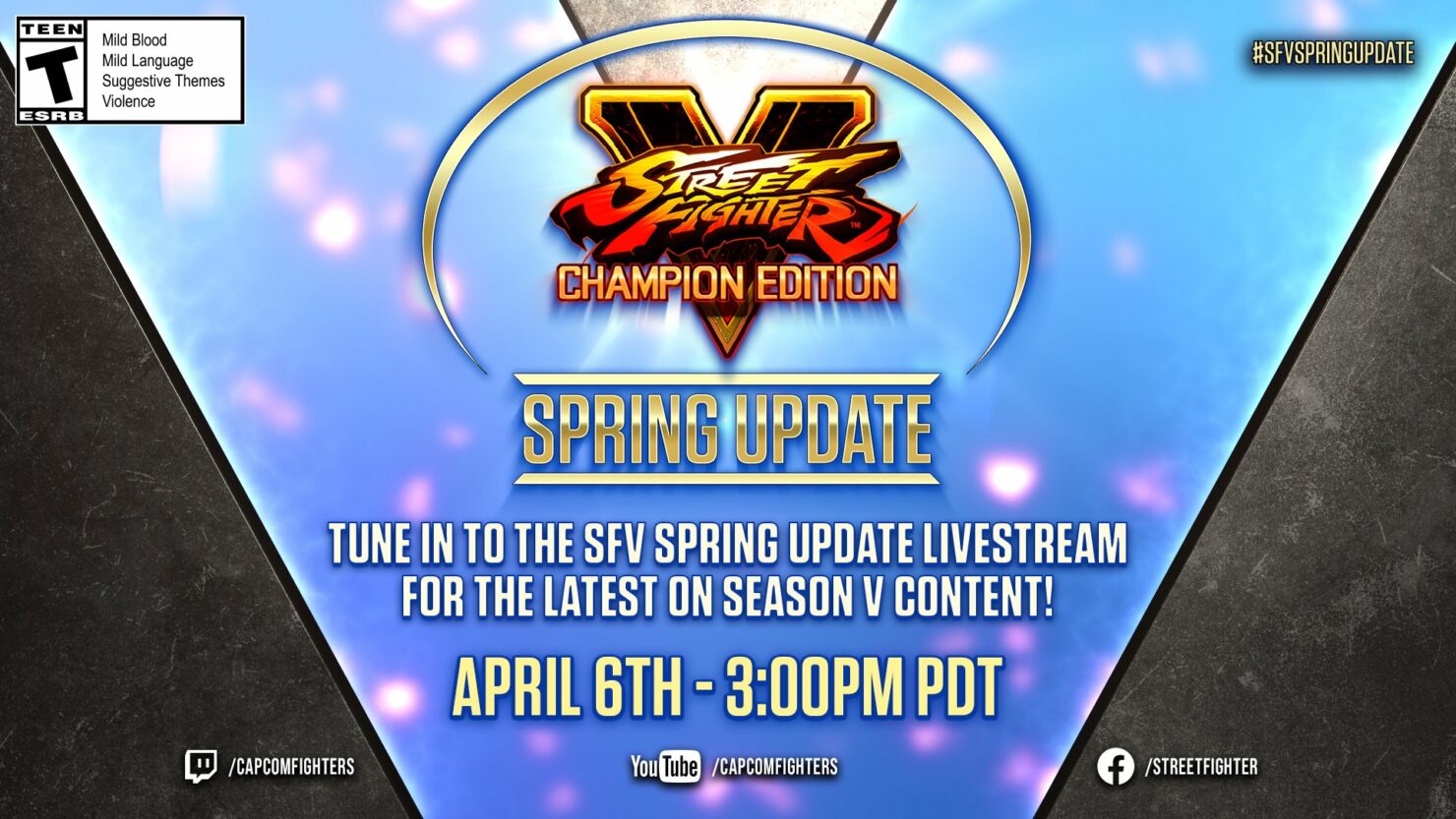 On April 6th, Capcom will host a new event where more details on the Spring Update and upcoming DLC characters Rose and Oro will be revealed. The event will start at 3:00 PM PDT, 11:00 PM BST.

The #SFV Spring Update show is coming your way!

Join us and special guests for updates on Season 5, Rose, Oro, and more! #SFVSpringUpdate

The previous major Street Fighter V: Champion Edition update has been released last month, introducing a new gameplay mechanic, V-Shift, new balance tweaks, and support for the first Season 5 character, Dan. The remaining Season 5 characters that will release in the future are the already mentioned Rose and Oro, Akira from the Rival Schools series, and a yet to be detailed final character.