Following several performance and connection issues, the Street Fighter V beta was extended in order to accommodate more players. Capcom have subsequently opted to postpone the event, to address the issues, taking the servers offline for extended maintenance.

Additionally, Capcom assures players, who were unable to connect to the beta, not to worry of missing the in-game bonus:

There seems to be concern from some players who were unable to connect to the beta, that they would not be able to get the in-game incentive we mentioned. We are still working out the specifics on the incentive, but can confirm that connecting to, or not being able to connect to the initial beta, will not be a factor in receiving this incentive.

To be clear, this first beta test attempt will not count toward our previously announced beta test allotments. There will still be at least three full beta tests prior to the game’s launch. So for those in the Americas that feel disappointed that they were not able to experience their pre-order incentive, there will be plenty of opportunities prior to launch to experience the game.

Additionally, we are working on a worthwhile in-game incentive for the players that participated in the first beta test. While we can't confirm specifics just yet, we will have more details on this in the coming week.

Capcom promises to announce more about the state of the beta as soon as possible and again thank the community for their patience and understanding. 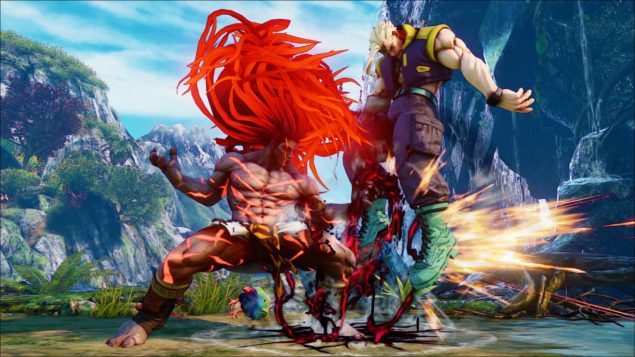 Capcom has revealed a new character for Street Fighter V at EVO 2015, named Necalli. Necalli is a newcomer to the Street Fighter series and he seems to be a quite interesting addition to the expanding roster.

The V-System consists of three variable mechanics all built around the new V-Gauge, which primarily builds as your character takes damage. The three mechanics are: V-Skill, V-Trigger and V-Reversal.

V-Skills are unique skills per character that can be accessed at any time by pressing medium punch and medium kick together. These skills do not require use of the V-Gauge and have different uses per character (e.g. mobility, offensive, defensive). V-Skills are rather important in battle as they may help a character in an area they’re weak at or help to fill up the V-Gauge quicker. Learning how to properly and efficiently use each character’s V-Skill will be key in winning matches.

V-Triggers are unique abilities per character that can only be activated once the V-Gauge is full, by pressing heavy punch and heavy kick together. V-Triggers, much like Ultras in Street Fighter IV, are a way for your character to turn the tide of battle. That, however, is where the similarities end. Activating the V-Trigger, which allows access to a character’s full potential, is merely step one. It is completely up to the player to properly utilize the benefits received from the V-Trigger to change the course of the match. As V-Triggers add quite a bit of depth to each character, mastering their use will be paramount to victory.

V-Reversals take up one stock of V-Gauge, and allow a player to counter the attack of the opponent while blocking, thus creating some breathing room. They are similar to “Alpha counters” from the Street Fighter Alpha series, but this time not every counter results in a universal effect; some push the opponent back, some knock them down and some switch sides. Players should explore each character to see how their V-Reversals function.

That’s not all, however, as there is also the EX Gauge, which builds as you deal damage to the opponent. The EX Gauge allows characters to perform powered up versions of their special attacks and when maxed out, their Critical Art. Critical Arts are highly damaging, cinematic attacks that are unique to each character.