Even before Street Fighter V launched on PC and PlayStation 4, it was known that more content would be coming to the game sometime during March. A few hours ago, Capcom has shared more details on the game's March update, as well as more on the first DLC character, Alex from the Street Fighter III games. 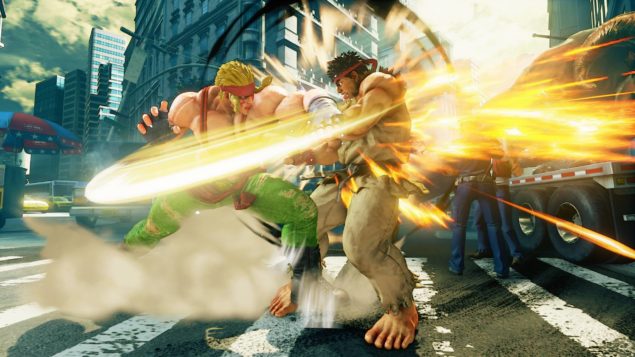 The Street Fighter V March update will come, as promised, with a slew of new modes and content as well as some bug fixes that should enhance the overall experience. Among the new modes getting added to the game are a variety of Beginner, Intermediate and Advanced tutorials which will help players understand more of the game's mechanics. Dedicated tutorials for the 16 launch characters will also be added. Additionally, the March update will also introduce Trials, which will reward players with extra Fight Money upon completion.

The additions of the new Street Fighter V March Update don't end here. Following the update, players will finally be able to access the In-Game Shop, where they can purchase extra game content with Zenny or Fight Money. The online modes are also getting enhanced, with an online rematch option, allowing players to play a 2/3 set in Ranked Match, and 8-players Battle Lounges with a spectator option.

As already mentioned, Capcom has also shared new details on Alex and some brand new screenshots featuring the character in action. You can check out how Alex will play in Street Fighter V by going here. You can also find the new screenshots right below.

Street Fighter V is now available on PC and PlayStation 4 in all regions. The March update has yet to be dated.