Fans of the Street Fighter series have had multiple chances to try out the soon to be released Street Fighter V thanks to several beta testing phases, but there's still a lot we don't know about the game. Among the playable characters, F.A.N.G. is the one players know less, as he has not been made available for any of the beta testing phases. Today, we have the chance to learn more about the character thanks to a new gameplay video. 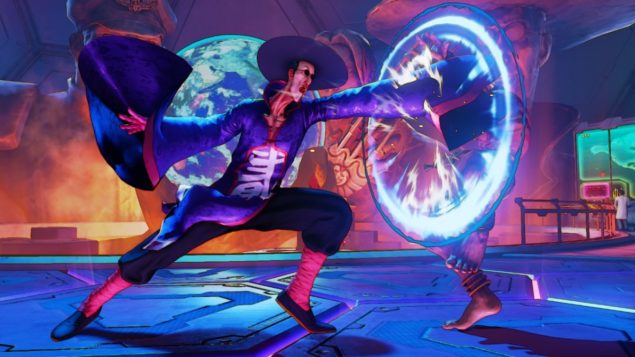 This new Street Fighter V gameplay video has been taken during an event held yesterday in Japan to celebrate the game's imminent launch. The F.A.N.G. gameplay segments can be found at around the 1:00 mark of the video below.

Among the Street Fighter V features we know less about are Character Stories. In this mode all playable fighters will come with unique costumes which are also going to come with ten different alternate color variants. Users from the Neofighters forums have discovered thanks to the recent beta and you can check out images for all story costumes as well as pre-order costumes right below.

The Street Fighter V individual character stories aren't the only form of story content that will be included in the game. Last week, it's been confirmed that a bigger Story Expansion will be released for free during June 2016 as a free update. The story will take place between Street Fighter IV and Street Fighter III, bridging the events happening in the two games.

Street Fighter V will be released on February 16th on PlayStation 4 and PC in all regions.