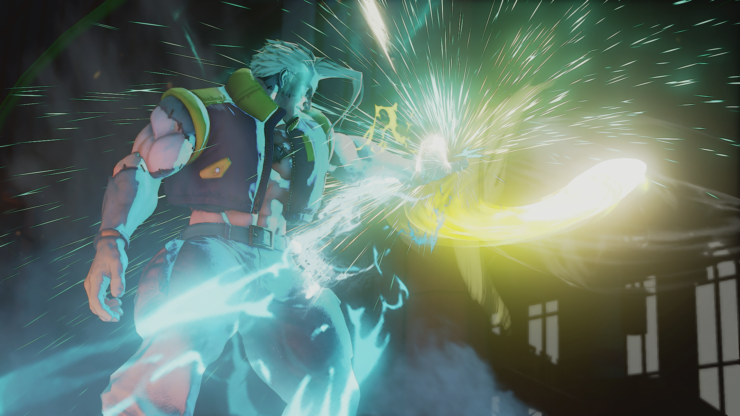 Last month hasn't been a good one for Street Fighter V fans, as the third DLC character, Ibuki, was delayed for undisclosed reason. Capcom acknoweledged how the lack of communication is hurting the fanbase and the game, and vowed to improve comunication for future update. Today, the Japanese publisher has proven that they have indeed learned from past mistakes by releasing new details on the cinematic story expansion and the June update.

In a new post on Capcom Unity, it's been confirmed that the Street Fighter V cinematic story expansion, which will be titled A Shadow Falls, will be around 3-4 hours long, and that it will take place between Street Fighter IV and Street Fighter III, bridging the gap between the two games.

The next related piece of awesome news: all six DLC characters are fully playable in the story mode. That’s right, in addition to Alex, Guile, and Ibuki, that means that Balrog, Urien, and Juri are also playable! The official release of these characters will not be until later in the year, which means everyone will get to play them in advance through this mode. For the DLC characters that haven’t been released at the time the story comes out, those characters shouldn’t be considered final or tournament ready, as they still need to be properly polished and balanced. So, think of this as a free preview of the characters and enjoy playing with them before they get officially released in the other competitive game modes.

Capcom has also confirmed today that the Street Fighter V Zenny Store won't be launched as originally launched, with the publisher opting to use the PlayStation Store and Steam to allow players to purchase additional content, which will still be available to purchase with Fight Money as well. With the next update, Premium Costumes will also become available for purchase with real money.

Street Fighter V is now available for purchase in all regions on PC and PlayStation 4. The June update has yet to be dated.