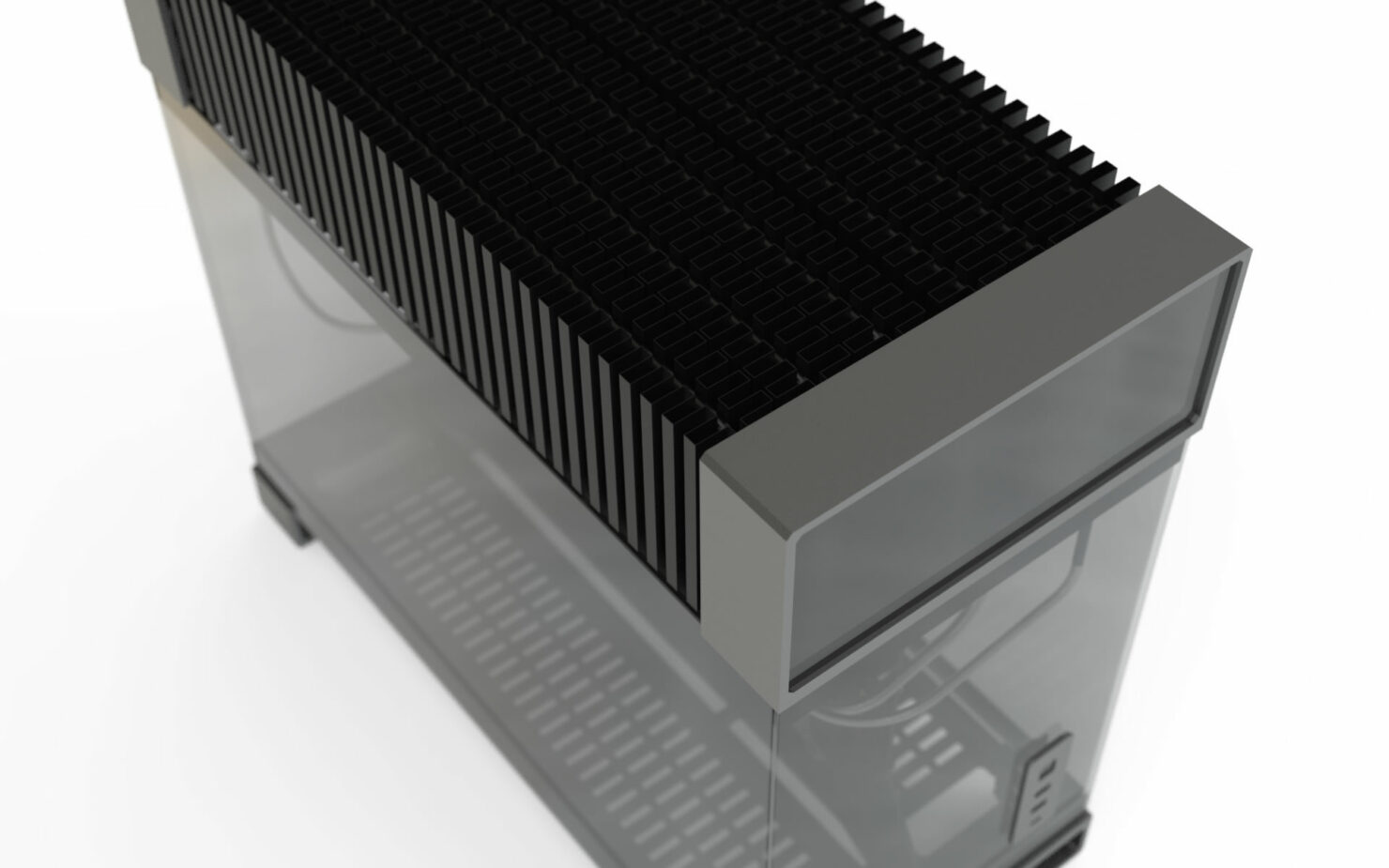 Streacom, the maker of several fanless PC cases has teased its brand new design which aims to be one of the best fanless chassis made to date. As shared by our friends over at FanlessTech, the PC chassis from Streacom is going to feature a non-conventional cooling system in a traditional case design.

The project which was initially started by Calyos at Kickstarter was codenamed the NSG S0 but since then, Streacom has taken over and made some changes. Now expected to be called the SG10, the fanless PC chassis has taken the same design fundamentals from the NSG S0 but made them even better as seen in the teaser shots. 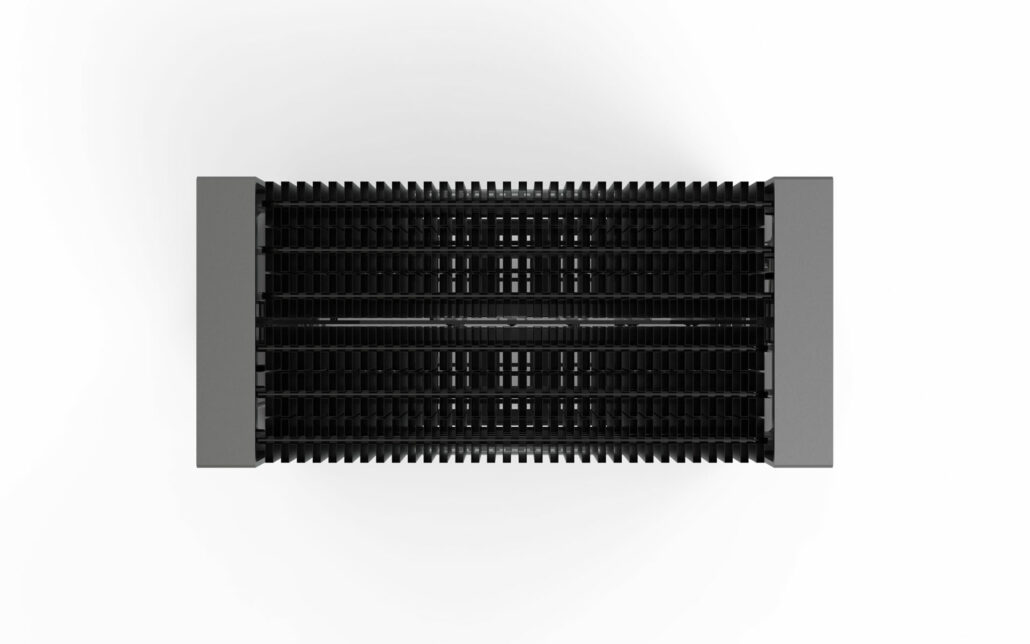 Looking at the renders of the case, we can see that the sides, front, and rear of the SG10 fanless PC case are made out of glass while the top-side houses the main heatsink. The bottom is made up of aluminum with either metal or rubber feet on which the whole case rests.

In the last update, we communicated our plan to share complete renderings of the SG10 product. As the physical prototype has not been tested yet, Streacom has suggested holding off on the full reveal until this has been done. They also understand that everyone is eager to see the new design, so as a compromise we have some ‘teaser’ images that give an idea of the design language without giving away all the details.

These images focus on the condensers that are mounted at the top and have been at the heart of the new design. As mentioned during the condenser development, one side is for CPU cooling and the other for GPU, each with independent loops and evaporators. Clayos via Kickstarter 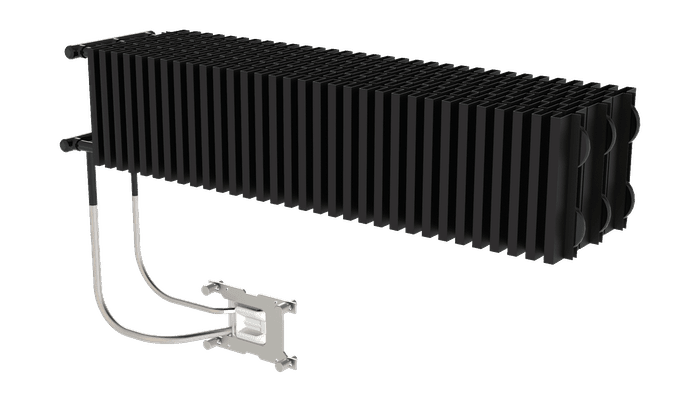 The most interesting part about the fanless PC case is the heatsink itself. Streacom is said to be using an evaporator-style cooling which makes use of a Freon-type refrigerant. The 2-phase system that Clayos was working on utilized an RZ1233zdE dielectric fluid which doesn't cause short-circuits and also never needs to be changed as the loop heat pipes are sealed tight. Both the CPU and GPU will be attached to the main heatsink through heatpipes.

As for cooling performance, the Streacom fanless PC case is projected to offer up to 195W CPU and 420W GPU thermal dissipation power which means it can support almost all high-end CPUs & GPUs currently in the market. There's also a good chance that we might see the casing in both the standard and copper flavors at launch. Following are some test results of the prototype running an overclocked Intel desktop CPU:

"We tested this first prototype on an Intel CPU we overclocked to 300W. As you will see in the picture below, it was a typically (messy) lab test setup, but the bottom line is that the thermal performance is good and is close to what we simulated. Whilst this setup is not an ideal representation of the final product because it's in a fully open frame, the results are another positive milestone for the project." - Clayos via Kickstarter 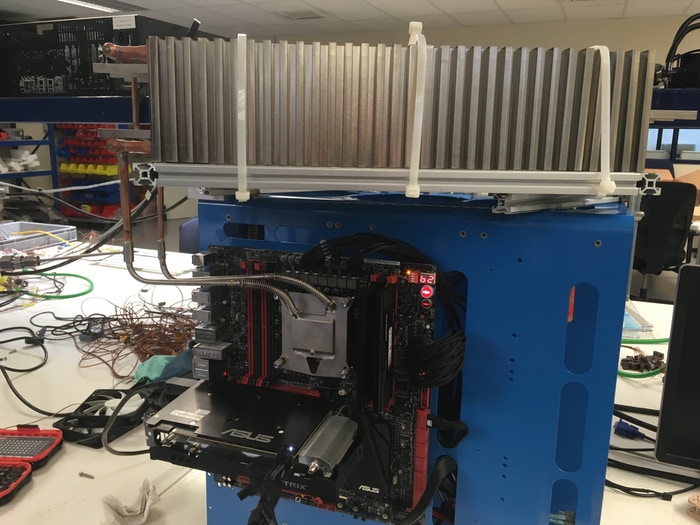 There's currently no word on the pricing or availability of Streacom's Fanless PC case, the SG10, but we expect to hear more from the manufacturer this year.