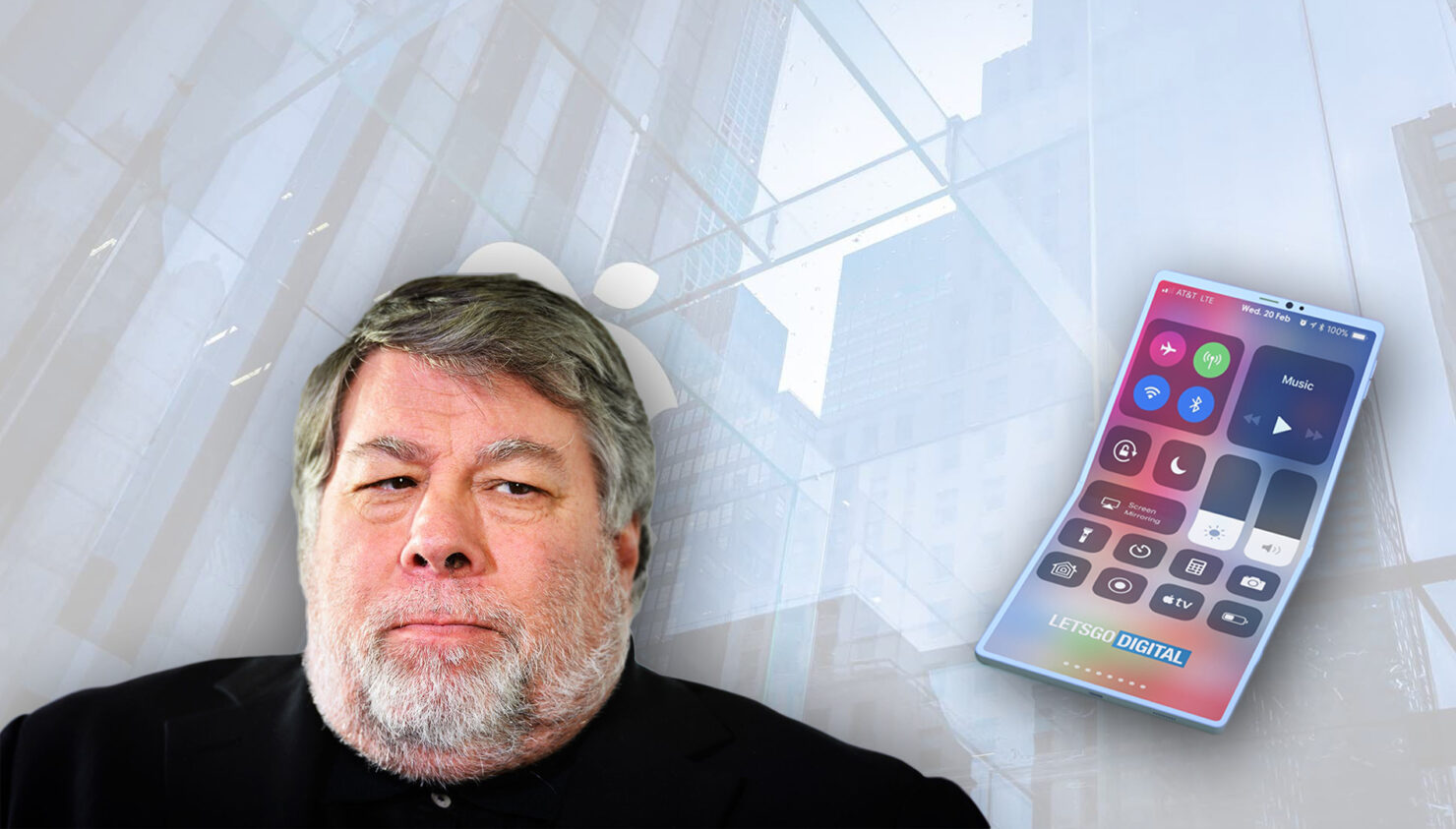 Samsung is all set to release its foldable on April 26 and Huawei is also planning to launch its Mate X later this year. Similarly, Xiaomi has also teased its foldable phone. Needless to say, folding smartphones are looking to be the next big thing in the industry but it appears Apple has no plans to jump the bandwagon anytime soon. While this obviously must have come as a disappointment for iPhone fans, there is another person who can’t wait to get his hands on a foldable iPhone; the company’s co-founder Steve Wozniak.

Apple Is Not Expected to Release a Foldable iPhone Before 2020, the Year When We’ll See the Company’s First 5G-Ready Handset

While Wozniak no longer works for Apple, he certainly wants the company to maintain its lead in the smartphone industry by coming out with a foldable smartphone of its own. He says that while the company is at the forefront of technologies such as Face ID, touch ID, and secure mobile payment, it has yet to make strides in areas such as folding phones.

Wozniak is confident about the Cupertino giant’s future and appreciated the fact the company has expanded its portfolio beyond iPhones. However, he did say that he likes Roku more than Apple TV, implying that there is still room for improvement.

“Apple has been a leader for quite a long time in a few areas such as touch ID, facial ID, and easy payment with the phone. They’re not the leader in areas like the folding phone, and that worries me because I really want a folding phone.”

Due to the lackluster sales performance of the latest crop of iPhones, revenue dropped 15 percent in the first fiscal quarter of the year compared to the quarter a year ago. Making a foldable smartphone might help the company rebound, but these devices are in their early stage and command a high price.

For example, Samsung’s Galaxy Fold costs $1980 while the Mate X is stamped with a ridiculous $2600 asking. This makes the $1149 asking price of the iPhone XS Max much cheaper in comparison, which suggests that Apple will let the technology mature before launching such a device.

Apple filed a patent application for a foldable iPhone in 2014, which was approved in 2016 and updated the patent earlier this month. However, analysts believe that a foldable iPhone won’t hit the shelves until 2020. Similarly, Apple is also not expected to release a 5G iPhone until 2020. Maturing of such technology will lead to a price drop and improvements in functionality, and longevity, and Apple is expected to happily wait while it passes up on two of biggest trends in 2019, 5G connectivity and foldable smartphones.

Apple I Fully Restored To Load Programs From An iPad, Check It Out