Apple I Fully Restored To Load Programs From An iPad, Check It Out 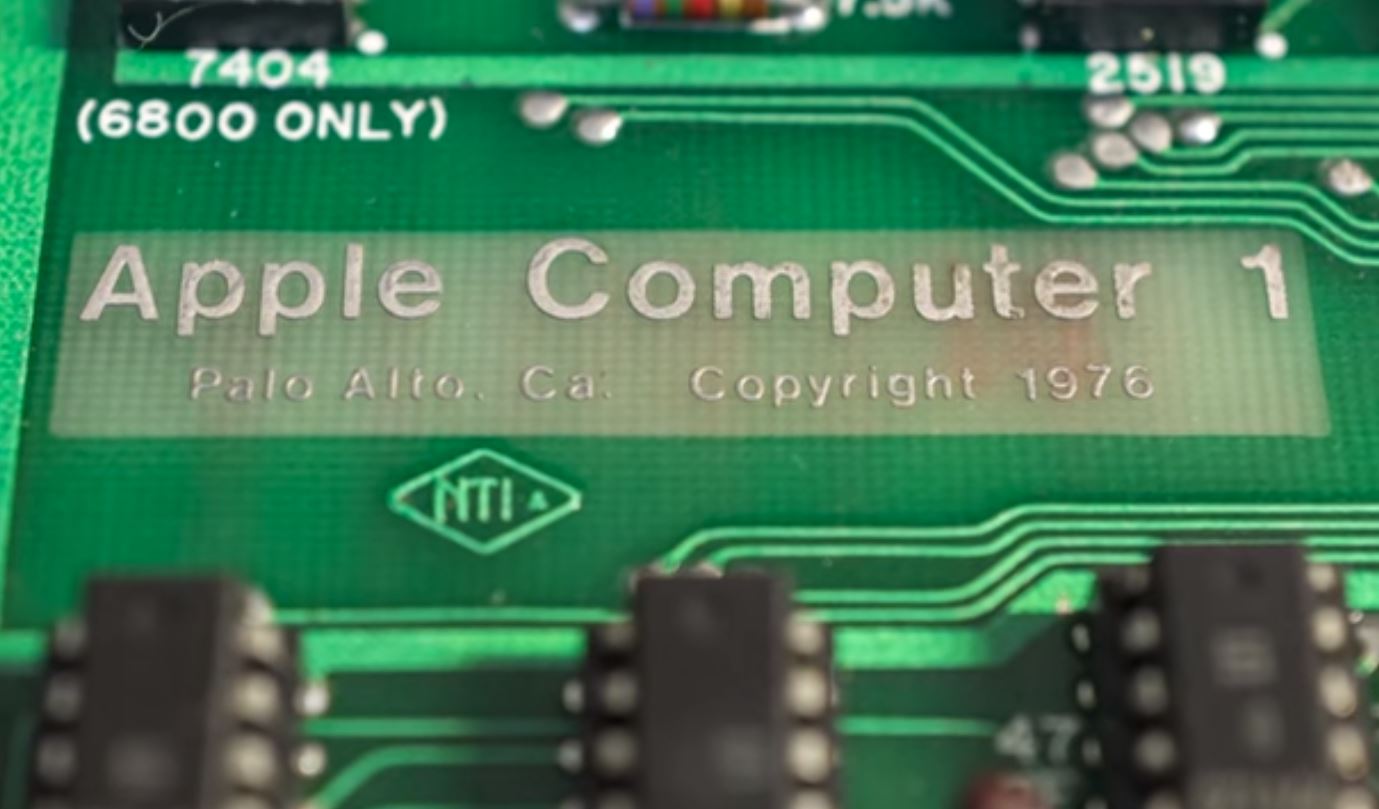 A former Microsoft Program Manager and collector, Jimmy Grewal worked to restore his recently acquired Apple I board. His mission was to restore the board to a working condition. After he cleaned and tested it, Grewal and his team finally managed to activate the system. He documented the entire restoration process in a video so the world could see. If you're a fan, you'll definitely be excited to see it. So let's dive in to see some more details on the matter.

Fully Restored Apple I  Showcased Loading Apps From An iPad

During the production slot in 1976, only 200 Apple I  computers were produced and out of the total, less than 70 are actually known to exist at this point in time. This is the reason why an Apple I system is a big deal and finding one is a challenging task. At auctions, a complete Apple I system would bid over $800,000. Grewal got his hands on the Apple I with only a single picture shown to him and above that the operational status of the board was not known.

There was corrosion on the board which turned out to be the residue of the anti-static foam in which it was stored. Nonetheless, the board turned on immediately but it did not fully function the way it was intended to. However, it was mainly because of the Apple II keyboard which was attached to it. Check out the video embedded below for more details.

In the end, the system started working and Grewal managed to load an ASCII art program in which it displayed the face of Steve Wozniak. This was possible with the help of a modern iPad simulating a cassette player. Now, Grewal is looking for a place to display an epic piece in tech history near Dubai. There will be more to the story, so be sure to stay tuned in for more details.

This is all for now, folks. What are your thoughts on Grewal restoring the Apple I computer? Share your views with us in the comments section below.