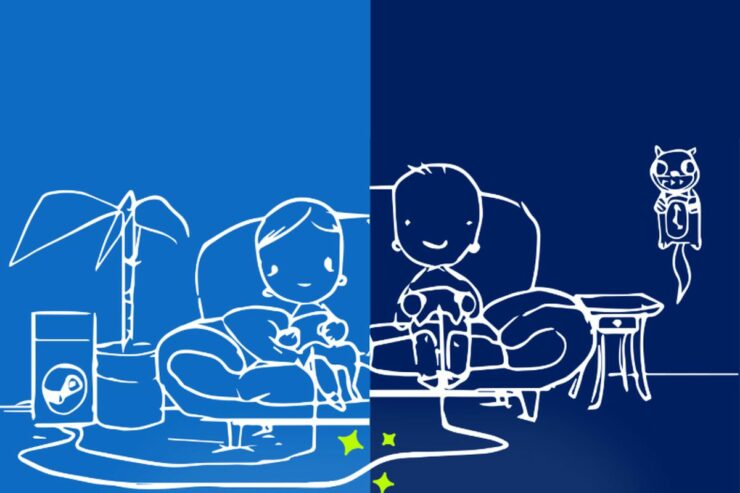 The Steam Remote Play Together feature is now in beta for all Steam users.

As covered earlier this month, this new Steam feature allows two or more players to enjoy local multiplayer games over the internet, together. No online features or servers are required and Remote Play Together has been designed to add value to multiplayer games which do not already have native online capabilities.

Now in Beta! With Remote Play Together, you can now invite Steam Friends to join your local co-op, local multiplayer, and shared/split-screen games online. Up to four players can instantly join in the fun. Only the host needs to own and install the game, while additional players connect through Steam Remote Play streaming technology.

Remote Play Together is built on top of Steam’s existing Remote Play technologies and supports up to 4 players and renders 60 frames per second at a resolution of 1080p. The feature requires a connection between 10 to 30 Mbps for a successful low-latency session, with results depending upon the Internet speeds of everyone playing. With fast connections, additional players may be supported.

Players are able to use their own controllers or share control of the keyboard and mouse.

In order to try out the new beta, users will have to join the Steam Beta and then launch any of their multiplayer games. Friends can then be invited to play together by choosing the ‘Remote Play Together’ option in the Friend List in the Steam Overlay.

During the beta, Valve mentions that it will be improving network stability and compatibility across a variety of hardware.