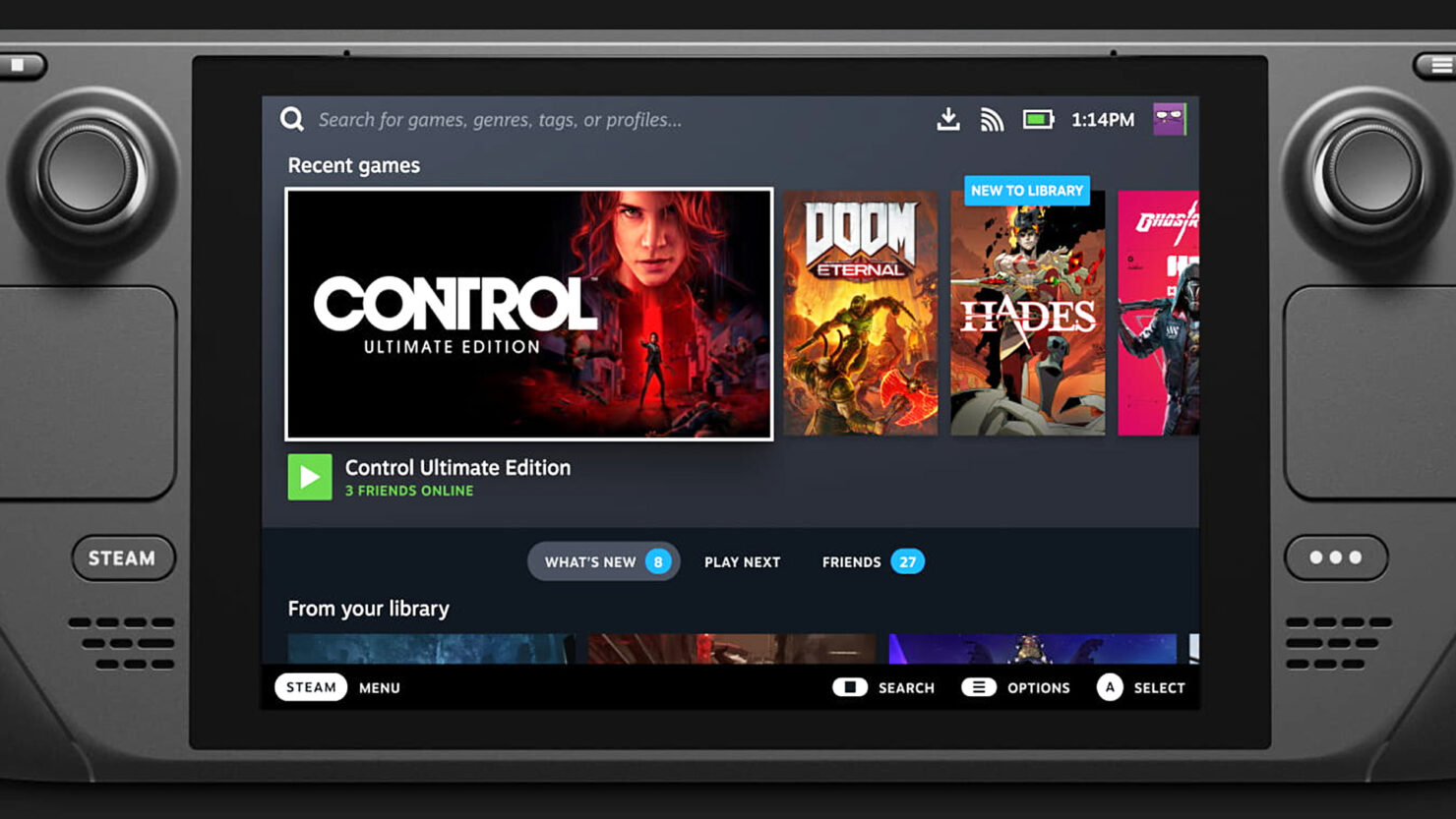 Last week’s reveal of the Valve’s Steam Deck portable gaming PC generated a lot of interest for many different reasons, but one of the low-key exciting things about machine is that it looks to feature an all-new UI rather than Steam’s increasingly-dated Big Picture Mode. For those unfamiliar, Big Picture Mode was introduced nearly a decade ago for people opting to play Steam games on a TV and/or with a controller, and while it’s more-or-less functional, it’s been largely neglected in terms of updates and is starting to feel pretty long in the tooth.

Well, according to a Valve developer posting on the company’s forums, all Steam users are going to be getting an infusion of Big Deck Energy regardless of whether they actually buy the hardware, as the system’s UI will eventually be replacing Big Picture Mode…

Yes, we are replacing Big Picture with the new UI from Deck. We don't have an ETA to share yet though.

Of course, not having had the opportunity to try out the Steam Deck, I can’t say for sure if this will be an improvement, but it’s a pretty safe bet. Not sure what Steam Deck is all about? Here’s some more info and an official description:

Steam Deck begins shipping this December for those lucky few who reserved one early, and hopefully, we’ll all be able to use the new UI not long afterwards.