Steam API to Get Full DualShock 4 Support, Allowing You to Customize It like the Steam Controller 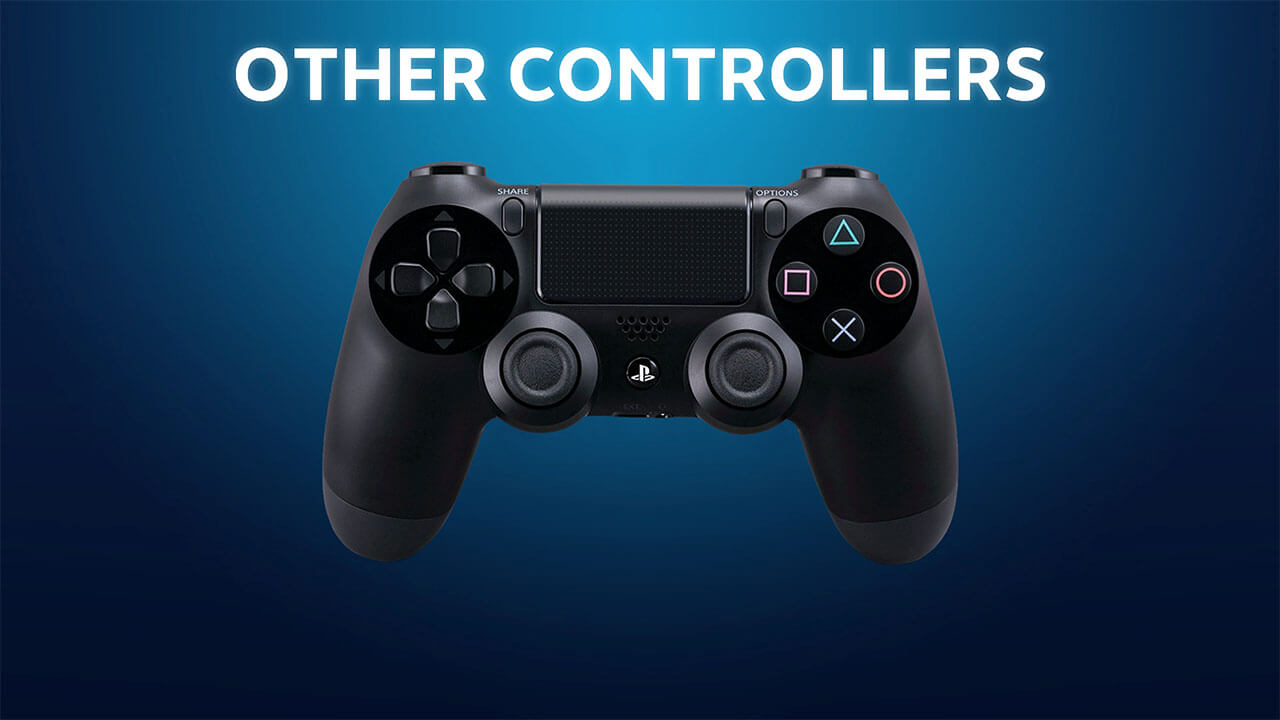 One of the big surprises coming out of the recently concluded Steam Dev Days is that Valve will add full DualShock 4 support to the Steam Controller API.

During the Steam Controller developer session, speakers Jeff Bellinghausen (Engineer at Valve) & Lars Doucet (Co-Founder at Level Up Labs) revealed that the DualShock 4 controller is very much like the Steam Controller in a number of ways. The very same API calls have to be made and it has functionality like the touchpad or the three-axis gyroscope for motion detection.

Valve chose to begin supporting the DualShock 4 first because it's a popular and "high quality" controller, but also because existing native support on PC was admittedly weak when compared with Microsoft's Xbox controllers. Hopefully this can be a significant improvement, at least for games that use Steam's API. 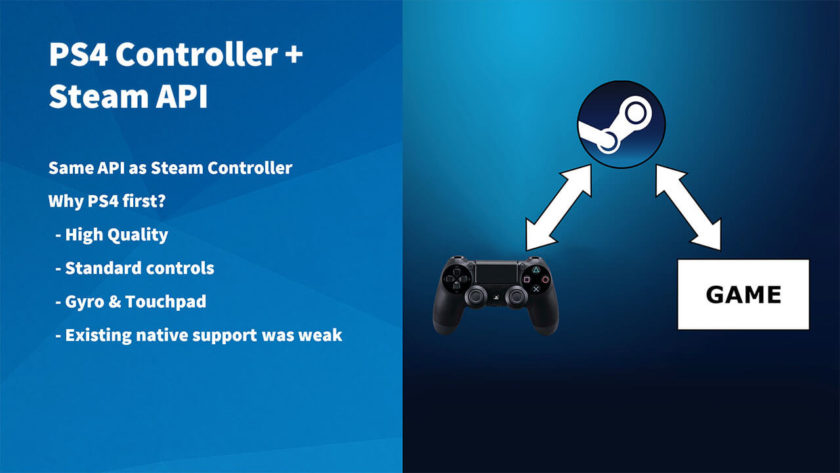 More importantly, this will allow gamers to fully customize their DualShock 4 controller just like they would with the Steam Controller. Here's an example below. 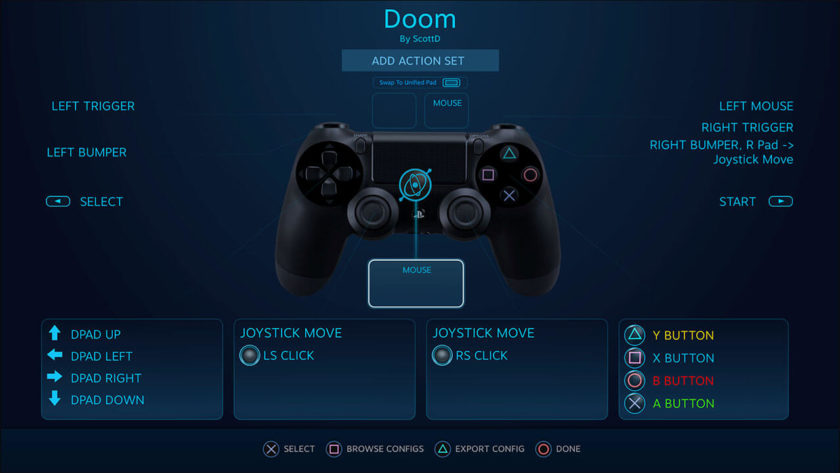 If you want something like this for your Xbox One controller, don't worry. Valve also has plans to support other devices, though they were not presently able to disclose which ones and at which times. Still, the Xbox One controller is so popular and widespread that eventually supporting it seems almost a given.

Are you excited for the possibilities allowed by this upcoming update to Steam's API? Would you have preferred if Valve chose to begin with the Xbox controller? Let us know in the comments.