Star Wars: Squadrons is Getting Free Mandalorian Goodies, Including a Baby Yoda Bobblehead 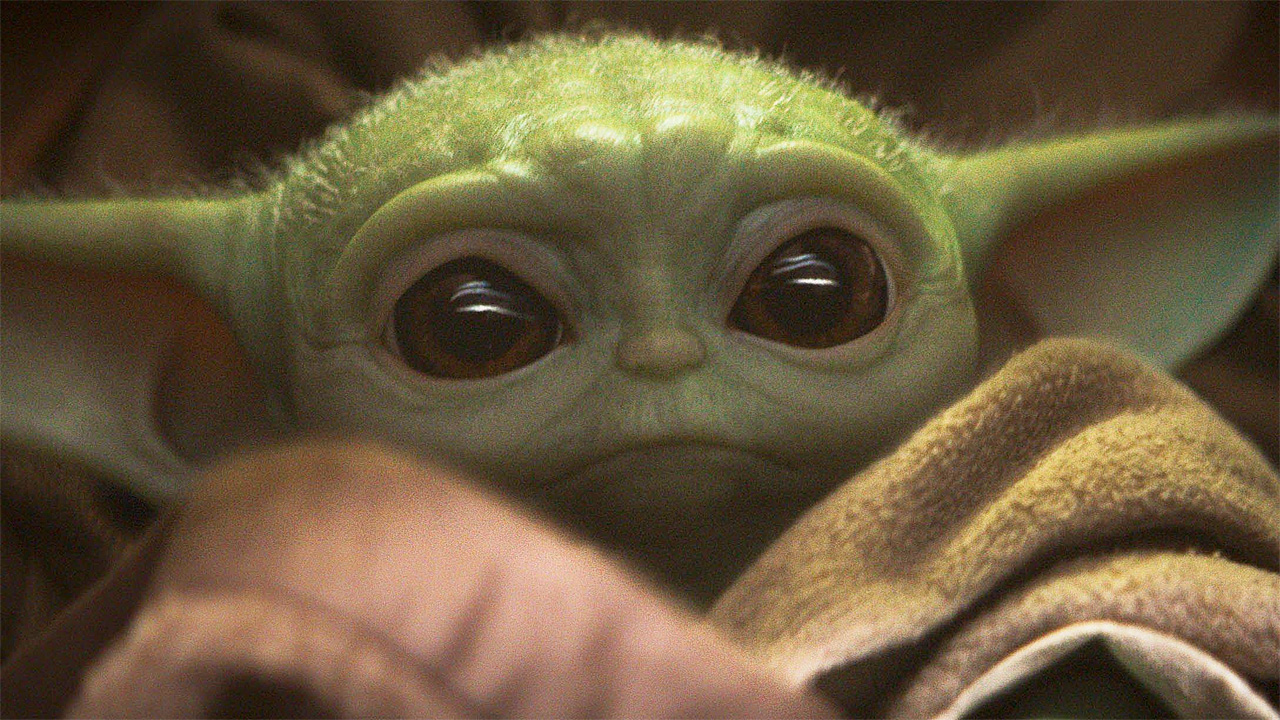 The makers of Star Wars: Squadrons have been a bit cagey about what kind of post-launch content the game may or may not receive, but it turns out they do have a few goodies in store to celebrate the second season of The Mandalorian. Overall, there will be eight items, all free and earnable in-game, including the Baby Yoda bobblehead you never knew you wanted. Here’s the rundown of the new content (click the image for full resolution)… 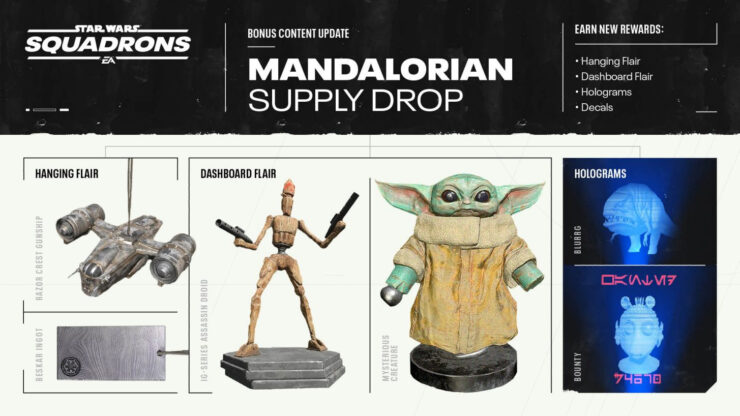 Star Wars: Squadrons players will be able to unlock eight new earnable (free) cosmetic items to adorn their starfighters inspired by the first season of The Mandalorian. The supply drop will bring new cockpit cosmetics for each faction, including one hologram, one decal, one dashboard flair (including the Mysterious Creature bobblehead to adorn any New Republic starfighter dashboard), and one hanging flair, for both Imperial and New Republic starfighters.

Paying homage to the iconic character, we’ve made sure to create this wonderful new dashboard decoration based on a “Mysterious Creature.” This figure can adorn any dashboard across the New Republic’s starfighters, meaning the fan-favorite Tuggtar bobblehead now has a rival!

Haven’t got a chance to try out Star Wars: Squadrons yet? I found it to be a beautiful, exciting space combat game with a few key flaws in my full review…

Star Wars: Squadrons is available now on PC, Xbox One, and PS4. The Mandalorian content pack drops this Wednesday (October 28). The second season of The Mandalorian kicks off on Disney+ on October 30.