Another of Bethesda's heavily anticipated video game is the upcoming installment to the Fallout series i.e. "Fallout 4." With a breathtaking showcase at E3 2015, Fallout 4 is an upcoming Bethesda title that has a huge fan following and the developers will take full advantage of the situation.

According to GamesRadar, If you're the sort of person who would want to leave behind a "2-inch tall miniature figurines of Fallout characters" for those who roam the post-nuclear wasteland to find as they rummage through your home or workspace, then you're exactly the type of person who'd be interested in  Funko's upcoming line of Fallout Mystery Minis representing characters and perks from the Fallout games. 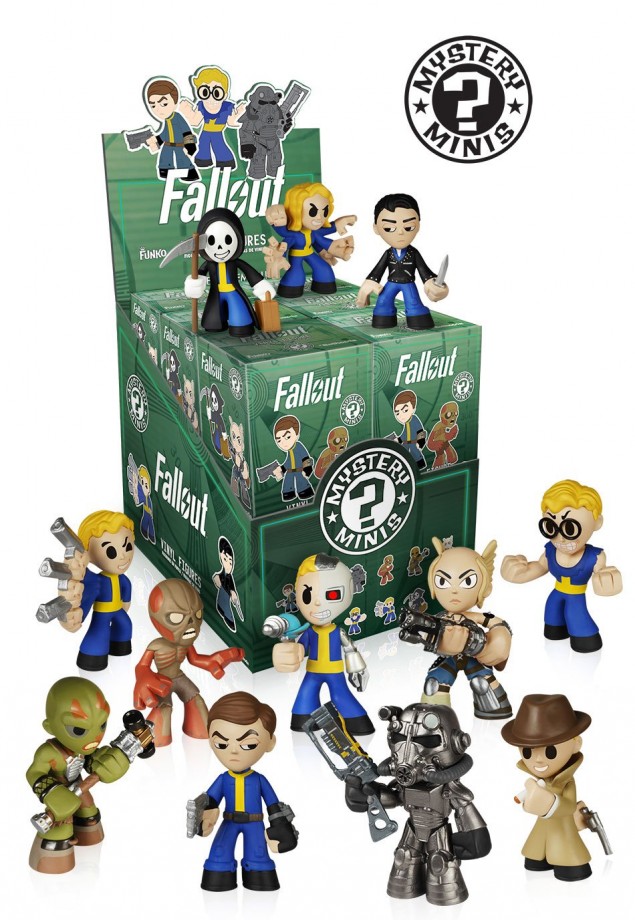 These  pocket sized mini Fallout 4 companions will be sold in blind boxes which means that you won't know which figure you have until you open up your box of Fallout 4 mini goodies. Moreover, there are equal numbers of these amazing little creatures so there is no chance that one figure will be more rare then the other unless they send each types to different parts of the world(highly improbable), in which case you'll have to do some digging to complete your collection.

Stay Tuned for more information on these little figures and news on Fallout 4 itself. Do share your views with us in the comments section.