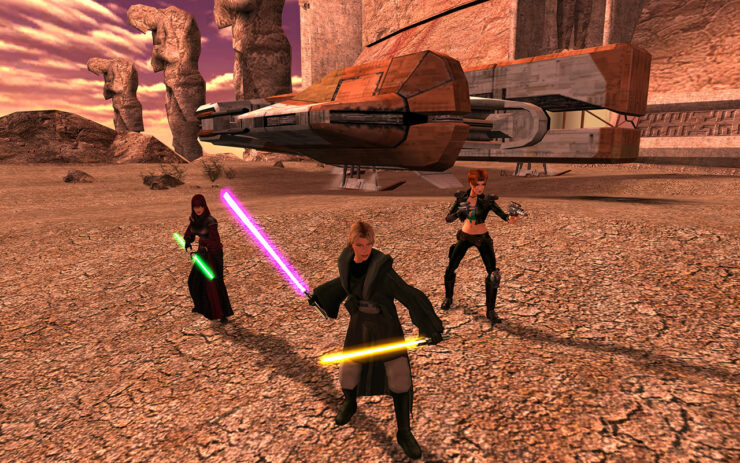 The original KOTOR has long been available on mobile devices, but fans have been clamoring for a mobile version for some time. Publisher Aspyr has heard the pleas from Star Wars fans across the globe over the years, and now the game has finally been dated for release later this month on December 18.

The game originally debuted in 2004, and it's considered one of the best Star Wars games you can get. You take on the role of Jedi Knight Meetra Surik in an era set 5 years after the original Star Wars, where the Jedi Order was nearly eliminated by the Sith. You can choose to be one with the Force and fight for the Light side, or you can go rogue and find yourself on the Dark side. Whatever you choose, your character will be shaped by your actions.

Coincidentally, Knights of the Old Republic II's mobile release is the date when the season 2 final of The Mandalorian ends. If you need more Star Wars when Mando and The Child are gone for presumably another year, this is a great way to mainline an unforgettable story on the go.