It's been a while since the previous Star Wars Battlefront update and fans of the game developed by DICE are getting more and more anxious to learn more about what the team has in store for the future. A while back, it's been confirmed that a new update is going to be released this month, but nothing else has been said on the matter since then. 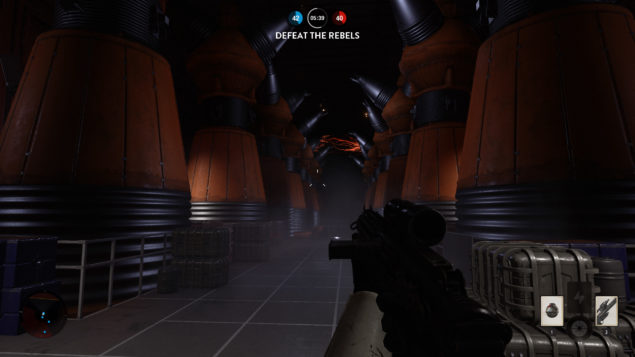 A few hours ago some small new info on the Star Wars Battlefront next update has been shared on the game's official forums by Community Manager Sledgehammer70. Apparently the next update is indeed getting released before the end of the month, but no new detail can be shared at the moment. Sledgehammer70 added that the first drop of free additional content and the Heroes' Holiday rewards will be coming alongside the update.

As you know, our team has been working hard on our upcoming January update. While we do not have a specific day, date, or time to share right this moment, I can say this update is coming. Alongside this update, you will also see our first drop of free additional content we promised here, along with the Heroes' Holiday rewards.
The path has been long, and we appreciate your dedication and passion around Star Wars Battlefront. Look for server downtime notifications and full patch notes to come.

Star Wars Battlefront is all about the online multiplayer experience, but there's the chance that the game's online modes will become playable offline in the future. A few weeks ago we have reported that Star Wars Battlefront forum member Caleb has managed to talk with a member of the team about the matter, who has confirmed that the team is looking at some technical difficulties to make the online modes playable offline and that they're aware of the demand.

Star Wars Battlefront is now available in all regions on PlayStation 4, Xbox One and PC. We will let you know more about the game's upcoming update as soon as possible so stay tuned for all the latest news.