YouTube user ‘Jake McNeill’ has released a video, showcasing 10 minutes of gameplay footage from Star Wars Battlefront’s Walker Assault mode. The Assault Mode was demonstrated at E3 2015 last June, and will be available in the beta phase of Star Wars Battlefront, which will begin in October. Players layers will also be able to test two new modes, Survival Mission and Drop Zone. You can view a few details on Drop Zone further down.

Drop Zone centers on drop pods falling on the planet surfaces, in 8-versus-8 matches, where Rebel and Empire teams fight to capture and control these pods, in similar fashion to “King of the Hill”. Locating a pod triggers a short claim process, and a team wins either after capturing five pods, or the majority after the 10-minute match is up. 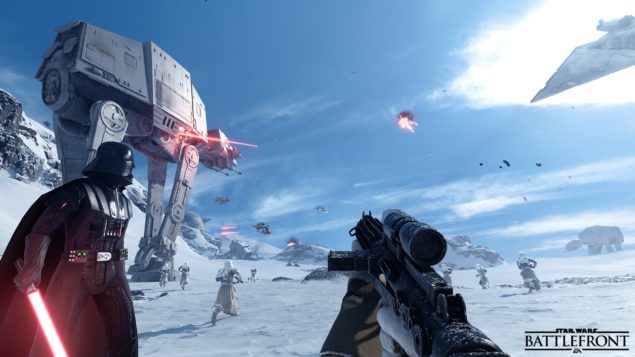