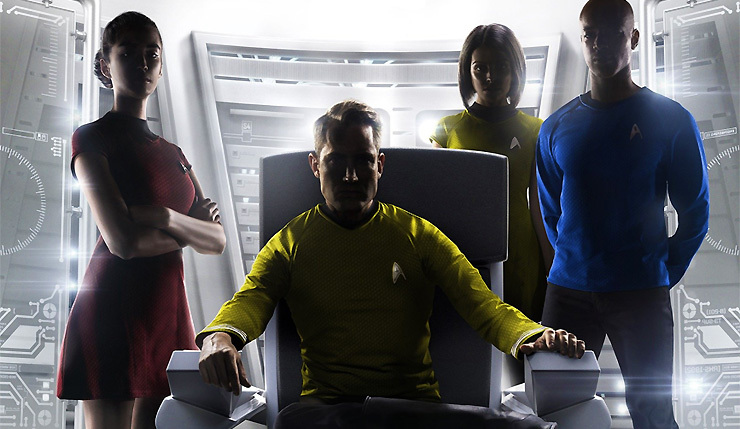 Hey nerds, have you always dreamed of stepping aboard the bridge of a Starfleet cruiser, but don’t want to shell out for a VR headset to play Star Trek: Bridge Crew? Well, you’re in luck, as Ubisoft has released a new patch which removes the game’s VR requirements. Now everybody can blast a few Klingons with friends! You can check out a dev diary dedicated to the VR-scrapping patch, below.

“More players can now live out their Star Trek fantasies as they take command of the USS Aegis and USS Enterprise NCC-1701 using a mouse and keyboard, or a controller. Players can join matches with both VR and non-VR players seamlessly across all platforms.

Developed by Ubisoft Red Storm, Star Trek: Bridge Crew transports fans into the Star Trek universe where they assume the role of a Starfleet officer and complete missions that will determine the fate of their ship and crew. Playable cooperatively online with a crew, or solo as Captain, Star Trek: Bridge Crew puts players directly onto the bridge of a new starship, the USS Aegis, and dispatches them to explore an uncharted sector of space.”

Star Trek: Bridge Crew isn’t abandoning VR by any means – in fact, the non-VR patch also adds support for Microsoft mixed-reality headsets. Regardless of how you may choose to play, Bridge crew lets everybody join games together.

“There have been a few multiplayer experiences I’ve enjoyed on the PlayStation VR, but none capture the magic of cooperation in the same way that this game has.  If you can find some like-minded friends to join your adventures fresh out of Starfleet, Star Trek: Bridge Crew makes for a great social experience. Those that opt for a more single player experience might find themselves missing out on the magic.”

Star Trek: Bridge Crew is available on PC and PS4.