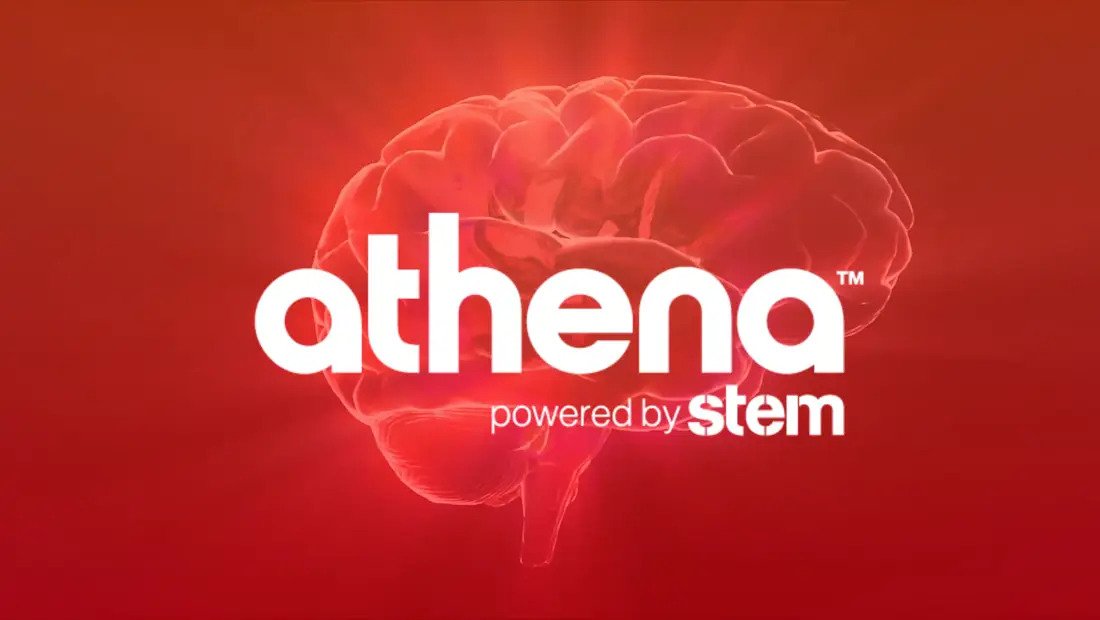 Star Peak Energy Transition Corp. (NYSE:STPK), a Special Purpose Acquisition Company, is grabbing the attention of investors today as it has inked a merger agreement with one of the leading providers of AI-driven energy storage solutions in the United States, Stem Inc.

The following infographic provides an overview of this merger transaction: 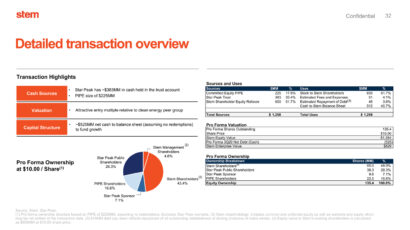 Star Peak shares have responded in a predictable manner to this development, having registered a sizable gain of over 30 percent in today’s pre-market trading session.

Stem’s dominant position in the market and sizable growth prospects are crucial factors that seem to be contributing heavily toward Star Peak’s gains today. For instance, the company currently controls over 75 percent of California’s commercial and industrial storage market, the largest market of its kind in the United States. Stem’s new revenue opportunities are also expected to swell to $1.2 trillion by 2050 as clean energy sources become the dominant players globally. Moreover, Stem has commissioned over 600MWh of storage capacity since 2014 and its Athena software currently connects over 900 systems in more than 200 cities, corresponding to a cumulative storage capacity of 1GWh. The following slides, sourced from Star Peak's investor presentation, describe Stem's business potential in detail:

Stem also appears to be very attractively situated when it comes to its financials, boosting the bullish sentiment around Star Peak shares in the process. While the company expects to earn only $145 million in revenue in 2020, this figure is expected to swell by around 4.5 times in 2021, corresponding to annual revenue of over $650 million.

Finally, as we’ve noted before, a major reason behind the popularity of SPACs such as Star Peak is the opportunity for investors to earn riskless arbitrage. To wit, the funds a SPAC raises through its IPO are secured in a separate trust account. This is important as all SPAC shareholders may redeem their shares for cash up until the proposed business combination with the target entity achieves closure. Should the SPAC’s stock price fall below its Net Asset Value, calculated by dividing the IPO proceeds by the number of shares issued, most shareholders would naturally elect to redeem their shares in order to recoup their original investment at a minimal loss. This, in effect, results in a riskless arbitrage opportunity as stockholders can sell their shares at a higher price – should the market allow – while also enjoying the protective floor offered by the redemption option. For this arrangement to work though, investors should enter a SPAC as close as possible to the NAV threshold, which is usually around $10. In the case of Star Peak, today’s surge has already pushed the stock far above the SPAC’s NAV threshold. Regardless, the stock remains an attractive play if investors wish to capitalize on the budding opportunities in the energy storage sphere.