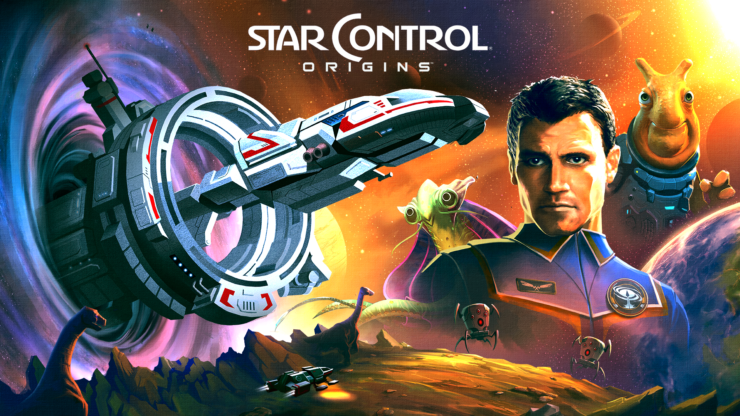 Star Control: Origins is due to launch later this year for PC.

New Ships
Greegrox Swarm
They might look squishy, but these space jellyfish are not to be underestimated! Each ship within their swarm represents a single unit of crew that fires an individual microbolt. Did we mention that the swarm can heal itself, too? They must go through a lot of band-aids…

Mu’Kay Grasper
Don’t make them ink! It gets messy. This giant squid-ship can throw down ink blobs that both damages and sucks energy from their enemies. Unlike most other ships, the Mu'Kay don’t use any projectile weaponry - they rely on getting up close and crushing their opponent with their ship’s tentacles.

Lexite Interceptor
Be careful with these guys - they’re hardy! This fast-moving ship has “dual-shot” blasters and an extremely tough-to-penetrate shield. When the shields are engaged, the ship is pretty much invincible - but, it drains energy. You’ll have to time your attacks carefully in order to achieve victory against them.

Custom Matches
First things first: you can now use your own custom ships in multiplayer mode. Woo-hoo! You can also customize your battle experience with the following knobs and dials:

Other Improvements
We’ve made a lot of other tweaks and adjustments to Fleet Battles in order to continue bringing you the best experience! Beta 2 includes things like: