Each week, CIG host a livestream on their Twitch channel where they take questions from the community. Questions are frequent and the chat goes nuts when this happens! Answers which are given on Reverse the ‘Verse are off the cuff and as such usually highly tentative but if you don’t want to take the stuff that gets said here as gospel, there are interesting tidbits that come out. Stuff that gets mentioned on other shows which seem tentative I’ll put into this section too. This month, the key things mentioned are:

The Bengal Carrier is currently being developed by Foundry 42.

Nyx (new planetside location) is nearing readiness and may make an appearance soon!

The Drake Dragonfly (space motorbike!) is being designed so looks like it is going ahead!

Anyone who has pledged for a 'big' ship will likely get a Starfarer as a loaner while they wait for the actual ship they pledged for once the Starfarer becomes flyable.

All that remains is for me to leave you with an image of a Vanduul drinking a cup of tea aboard a Kingship! 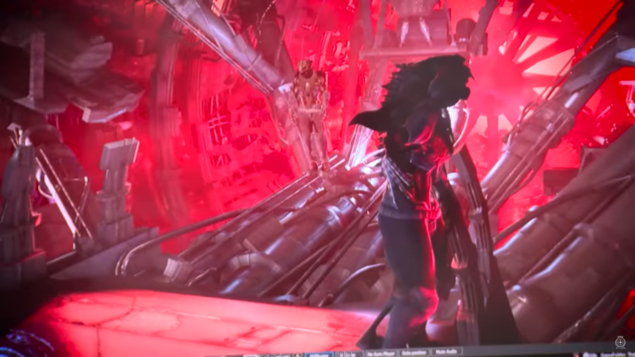 A Vanduul... drinking tea... Who said they are't civilised??

That's it for this month space fans, thanks for reading! See you in the 'verse!