Welcome back space fans! Up this month, we have a boatload of news for you. But first, and perhaps most importantly, we have news from the front lines of the war (and yes, despite what the pacifists are saying, it IS a war) against the Vanduul. After their devastating attack in October 2945 against the Vega System, the United Empire of Earth has struck back against the Vanduul scourge! UEE intel showed a likely Vanduul incursion into the Oberon System and despite the fact that Oberon isn't a full UEE system, given that it is a human system, Admiral Bishop chose to draw the battle lines personally with a test run of the brand new flagship the UEES Retribution and repel the Vanduul clan. Rumour has it that the Retribution is the largest ship ever built for the UEE Navy but more than this we don't know (for now). For a more detailed report, please check out the latest Empire Report interview here.

2.3 Went through many iterations on the PTU and has now been rolled out to the live servers for all backers. Further details in the New Versions section. 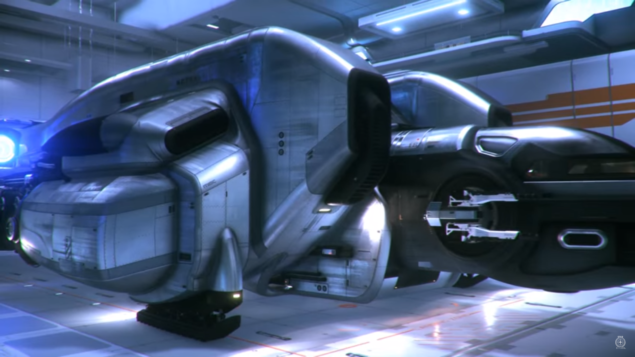 The MISC Starfarer, in hangar now...

This update would normally go in the Rumours section of the article, however I feel that the information given in it is so important and substantial that it warrants inclusion in the Top News section of the article, however please keep in mind that this is taken from an episode of Reverse The 'Verse so is not confirmed information at this stage. Caveat out of the way, here goes.

2.4 (the next major functionality version to be launched and likely coming in April) is going to be a major update which will fundamentally change how we play Star Citizen. This is likely to include the following: