Following the major release of Alpha 2.0 update for Star Citizen and the massive $100 million mark that it surpassed in crowdfunding recently, Cloud Imperium Games recently released a new, impressive trailer for the upcoming, unique space simulator game that is currently in development only for PC platform. The trailer, which you can check out here, serves as an introduction to the game’s procedurally generated planet system. Here is a new batch of 4K screenshots, and a video that showcases how the tech looks while actually playing the game. 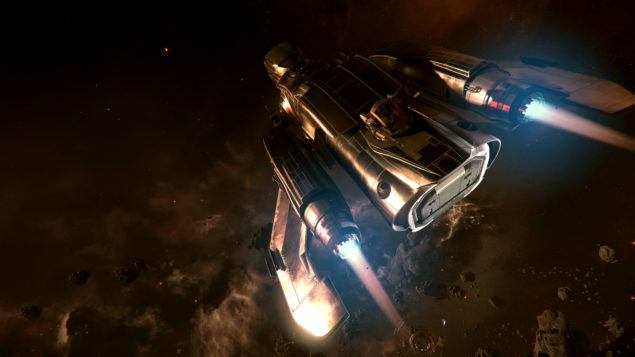 As part of its four-hour Holiday Livestream session on Twitch where Cloud Imperium Games gave its fans a look at behind-the-scenes Star Citizen’s development work, the developer released a brand new trailer showcasing the game’s procedurally generated planet system. The trailer, titled “From Pupil to Planet,” shows a seamless transition from a player's viewpoint and explains why procedurally generated planet system was necessary for the game.

Shortly after the release of the official video, YouTube user MACincorporated published a new Star Citizen gameplay video, showcasing actual gameplay footage focusing on how the procedural generation looks while actually playing the game. It quite breathtaking to see the tech working in-game. You can check out the video below, followed by a new batch of 4K screenshots that show a number of in-game ships and hangers.

Cloud Imperium Games has not made any official announcement regarding the release date of the final, complete version of Star Citizen. The game is being developed with Crytek’s game development engine known as CryEngine, and is expected to launch on Microsoft Windows and Linux.