Late last year a new “gameplay teaser” for STALKER 2 provided fans with a fresh impression of the game. The teaser trailer didn’t represent real gameplay, but it was created using Unreal Engine 4, and was designed to give people a notion of how the game will actually look and feel once they do get their hands on it. Well, now developer GSC Game World have provided a little bit more detail about what we saw in the teaser (which you can check out again, below).

Most notably, GSC Game World have confirmed that STALKER 2 will have a new protagonist – a lone stalker named Skif…

You’re seeing this world through the eyes of a stalker named Skif -- remember the codename, you will hear it a lot. Following the steps of its predecessors, STALKER 2 introduces a completely new main protagonist. His actions will shape the new grand chapter in the history of the Zone. 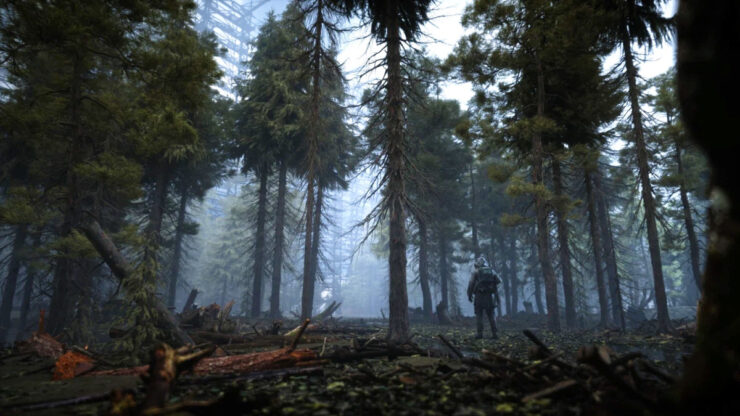 Here’s a bit more context about what was happening in the teaser.

The short scene takes place in the ruined school on the outskirts of the dead town of Pripyat. That’s an extremely dangerous place, and nobody would like to be here on their will. Still, the place doesn’t seem completely abandoned: there is a freshly started fire with a guitar nearby. However, Skif hardly has time to acknowledge that: he seems in a hurry. It looks like an inevitable danger is following him.

And here it is: an emission. A signature part of the STALKER. series, a powerful release of the anomalous energy from the center of the Zone. Emission happens from time to time and it’s extremely dangerous: it can kill you in the blink of an eye. When a stalker notices a start of emission, they should hide immediately and wait for the end of it, hoping they can get through. So that’s why Skif is in a hurry: he is certainly looking for cover in the nearby building.

The situation is far from safe, though: the building is half-ruined, and the PDA doesn’t seem to work: the signal is lost. All things considered, it’s easy not to notice someone hiding in the shadows. He does look familiar, though…

According to GSC, the development of STALKER 2 is “progressing smoothly,” and they’re on track to deliver the 4K ray-traced experience they promised for Xbox Series X. The game will also be releasing Day 1 on Xbox Game Pass. Hopefully, this means the game does indeed arrive this year without delays.

STALKER 2 is slated to creep onto PC and Xbox Series X/S sometime in 2021.