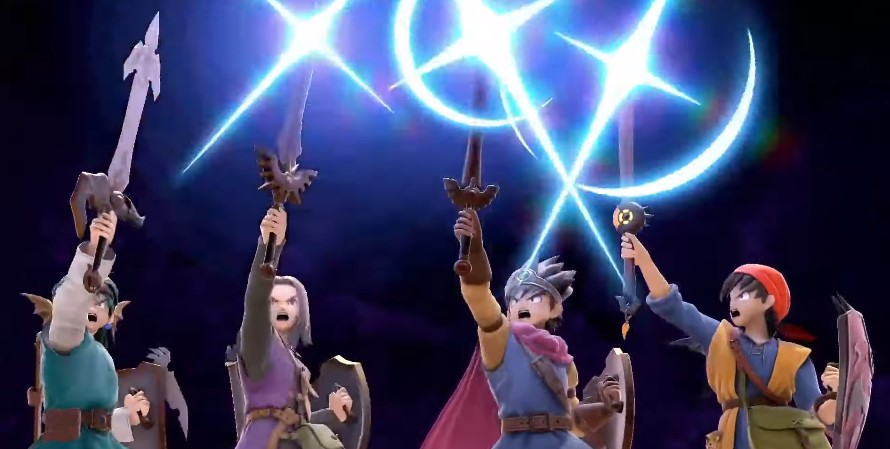 Super Smash Bros. is now a franchise that has so many characters and crossovers, it's honestly becoming easier to name all the characters that haven't been in the series instead of all the ones that have. The Walking Dead's Negan hasn't been in it, for example. But one character that is now going to be in the game, is the Dragon Quest protagonist. Like, pretty much all of them.

Dragon Quest has been a series that has had long, historic ties to Nintendo systems, so it only makes sense that Dragon Quest, one of Japan's most popular RPG franchises, would eventually make its way onto the system. A Dragon Quest protagonist has been rumored for some time now, and this is the confirmation we've been waiting for.

Though, the most important takeaway here looks to be that Sakurai and his team couldn't seem to choose which protagonist they preferred. Not content with only including one protagonist that might upset fans, they chose to include a bunch.

It appears that the different protagonists are skins swaps for a single character, who will be adept at using swords and magic to fight opponents. The Dragon Quest XI and Dragon Quest VIII protags are likely the most recognizable and friendly faces that are included.

The debut trailer for the Dragon Quest protagonist included a CGI Link doing battle against evil Smash spirits before the protagonist bravely swoops in to save Link from a difficult situation. It is another amazing trailer that will remain iconic.

It's exciting to finally have a new Smash Bros. character to look forward to, though a release date would've been nice. As of right now, we simply have a semi-vague "Summer 2019" release date, which means we should be playing him in the next couple of months.

Let us know what you think of the new Super Smash Bros. Ultimate character in the comments below, and stay on Wccftech for more E3 2019 news.