STALKER 2 Reveals Its First Moody Screenshot, Will Be Series’ “Most Ambitious” Game Yet

Back in 2018 it was revealed STALKER 2 was once again in active development (after originally being announced all the way back in 2010), but not a whole lot has happened since. Series developer GSC Game World let us know they were using Unreal Engine 4 to make the game earlier this year, but that’s pretty much the only update we’ve received.

Well, a first very-limited look at STALKER 2 has finally been revealed. Check out the first screenshot of the game below (click the image for full resolution). 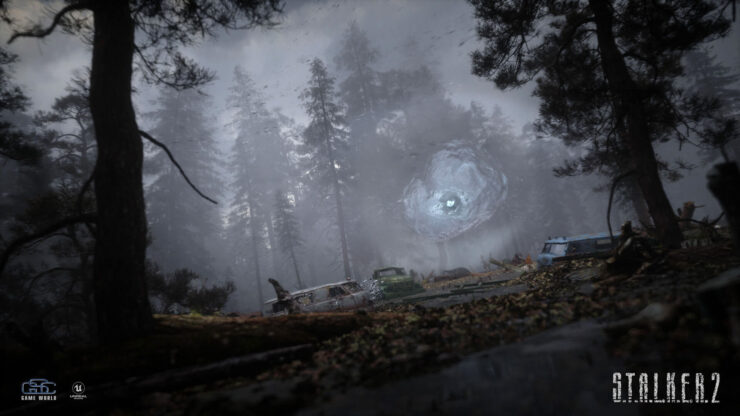 Moody forest, rusted out cars, and what appears to be an anomaly in the background. So yeah, looks like a STALKER game! I can’t say that we can glean too much from this one screenshot, but it does seem like the game might lean more on atmosphere than cutting-edge tech, which is fine by me. GSC Game World also posted a new message to fans, promising STALKER 2 will be their most ambitious game to date:

Thirteen years ago we released STALKER: Shadow of Chernobyl. The world was never the same after that. Millions of players rushed into the Zone. Driven by the desire to uncover mysteries, you overcame difficulties, hunted for treasures, fought monsters, and joined factions. You changed to become the real Stalkers. You made this day forever special.

Being inspired by everything you do (including art, stories, cosplays, and mods) we fully understand we can't let you down. The second chapter of the STALKER saga will be our most ambitious game so far. It will live [up] to the legendary legacy.

A lot of you are joining social isolation now. That's why today, on a very special occasion, we are ready to slightly uncover the mystery of what we are working on. This is the first glimpse of STALKER 2. Consider it our humble present, with more to come in 2020.

STALKER 2 was originally scheduled to come out in 2021 – whether that’s still the case is unknown.