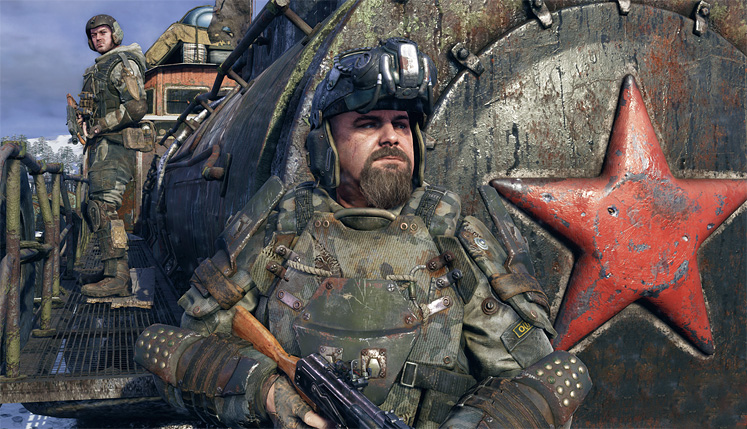 Google Stadia isn’t a traditional subscription service – in addition to paying for Stadia, you still have to pay full price for new games. That said, if you sign up for Stadia Pro you do get access to a small rotating selection of games at no additional price, and Google has revealed the new “free” games coming in February – Metro Exodus and the Stadia-exclusive game Gylt. 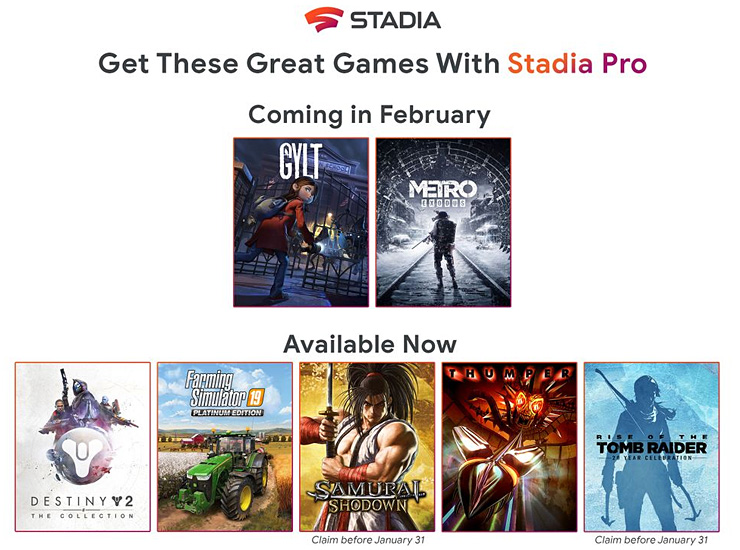 Here are descriptions for the two new Stadia Pro titles:

Gylt - The latest creation from Tequila Works, a journey where you face your worst fears and are confronted with the emotional impact of your actions. Set in a creepy and melancholic world, GYLT is an eerie story mixing fantasy and reality in a surrealist place where your nightmares become reality. Hide from terrible creatures or confront them as you find your way through the challenges of this wicked world.

Metro Exodus - Flee the shattered ruins of the Moscow Metro and embark on an epic, continent-spanning journey across the post-apocalyptic Russian wilderness. Explore vast, non-linear levels, lose yourself in an immersive, sandbox experience, and follow a thrilling story-line that spans an entire year in the wilds.

Both Gylt and Metro Exodus were Stadia launch titles, and, in the past, Google has handed out discounts to people who bought games at full price that were later offered for free. It will certainly be interesting to see if that continues to be the case. It should also be noted that Stadia Pro will also be losing two games (Samurai Shodown and Rise of the Tomb Raider) as of today (January 28).

Metro Exodus and Gylt join the Stadia Pro lineup on February 1. What are your thoughts on the new additions? Metro Exodus is good stuff and while I haven’t heard much about Gylt, I’d say it’s worth trying out given Tequila Works’ track record.