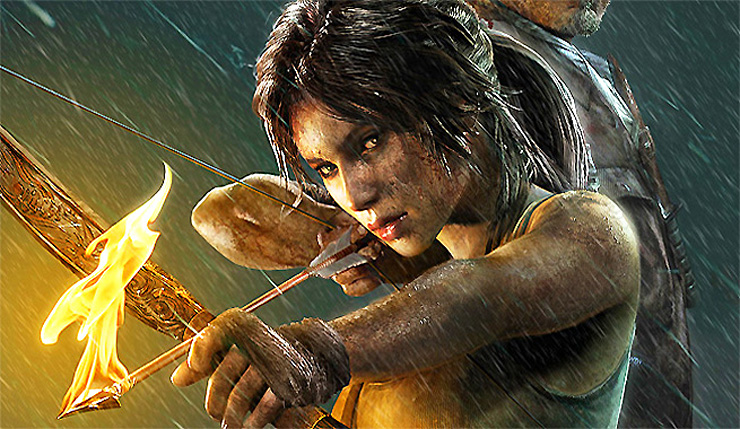 Google Stadia isn’t really a subscription service – in addition to paying for Stadia, you still have to pay full price for new games. That said, if you sign up for Stadia Pro you do get access to a (currently very small) selection of games at no additional price. At this time, the selection is limited to Destiny 2 and the new Samurai Shodown, but two more titles will be added in December – Tomb Raider: Definitive Edition and Farming Simulator 19. 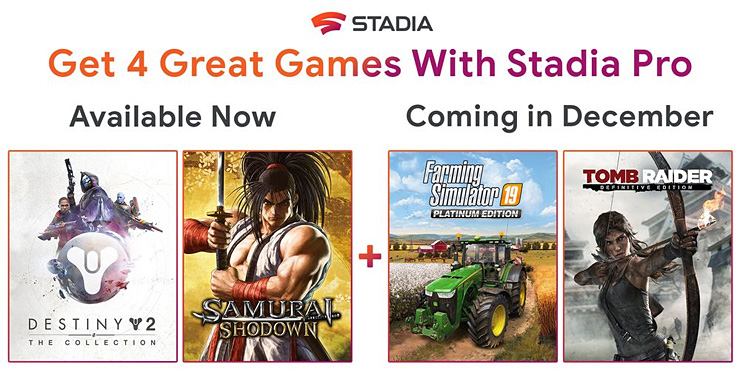 Here are Google’s official descriptions of the two new games:

Become a modern farmer and develop your farm on two huge American and European environments, filled with exciting new farming activities, crops to harvest and animals to tend to. Drive over 300 authentic vehicles and machines now including John Deere - but also Case IH, New Holland, Challenger, Fendt, Massey Ferguson, Valtra, Krone, Deutz-Fahr, and many more. Grow your farm online with other players!

The cinematic action-adventure that forced Lara Croft to grow from an inexperienced young woman into a hardened survivor has been re-built, featuring an obsessively detailed Lara and a stunningly lifelike world. To survive her first adventure and uncover the island’s deadly secret, Lara must endure high-octane combat, customize her weapons and gear, and overcome grueling environments. The Definitive Edition of the critically-acclaimed action-adventure includes digital versions of the Dark Horse comic, Brady games mini-artbook and combines all of the DLC.

It will be interesting to see how long Google continues to add stuff to their Stadia Pro free game lineup before they start taking stuff away. And will it always be just two new games per month? And what happens if you bought, say, Farming Simulator 19 at regular price and it suddenly becomes free? Google could stand to offer a lot more clarification about their plans.