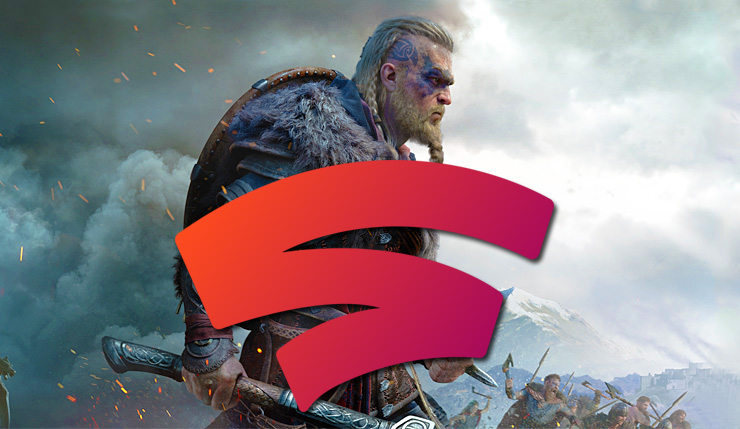 It's a pretty big day for Stadia, as Google’s cloud gaming service is launching its iOS beta and adding the full Ubisoft+ lineup to its library of playable games. Cloud gaming platforms like Stadia and Xbox Game Pass have run into issues with Apple, which insists all games included in these services must also be offered individually through the App Store. Google is getting around these restrictions by offering a web app through Apple’s Safari browser. Xbox Game Pass will eventually offer its own web app, and NVIDIA’s GeForce Now already has one.

The Stadia iOS web app is still in beta, although it’s an open one that anybody can try out. The folks at The Verge have had the opportunity to test the iOS version of Stadia, and found it works “remarkably well.” The iOS version includes built-in touch controls, although you can of course also use a Stadia, Xbox One, and PS4 controller.

And hey, there are now a lot more Stadia games to test out on iOS! You can link your Stadia and Ubisoft+ accounts, allowing you to stream the latter’s full lineup of games. Ubisoft+ is the publisher’s subscription service, which gives you access to over 100 games, including new titles like Assassin’s Creed Valhalla, Watch Dogs: Legion, and Immortals Fenyx Rising, for $15 a month. Now you don’t even need a decent PC to run them!

Of course, you can also play Cyberpunk 2077 on Stadia, and according to reports, it’s currently one of the better ways to experience the game. Google was offering those who pre-ordered Cyberpunk 2077 a free Chromecast Ultra and Stadia Controller, but they had to end the promotion early due to “overwhelming demand.”

So, what do you think? With the addition of the Ubisoft+ library, a playable version of Cyberpunk 2077, and iOS support, is Stadia starting to look a bit more enticing?