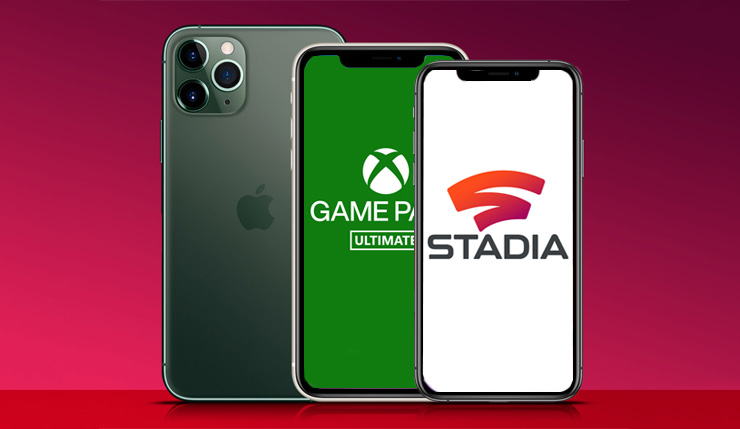 Apple has not been making many friends in the gaming space recently. Of course, Apple and Fortnite publisher Epic Games are currently embroiled in a bitter feud, but they also ran afoul of Google and Microsoft, who claimed App Store guidelines made it impossible for them to bring their Stadia and Xbox Game Pass Ultimate cloud gaming (previously known as Project xCloud) services to iOS devices.

Well, it seems Apple may be looking to melt the ice – the company just updated its App Store guidelines ahead of the release of iOS 14, and they now explicitly state that cloud gaming services are allowed. So, great news right? Time to start streaming a game of Doom Eternal or Gears 5 on your iPhone! Well, not so fast – since this is Apple, there’s still a pretty major catch.

Games offered through services like Google Stadia and Xbox Game Pass Ultimate must all have an individual listing on the App Store. So, Microsoft can’t just release an Xbox Game Pass Ultimate app with access to its 100+ game catalog – all those games also need to have their own App Store listing. Now, that may not sound that onerous, but again, these are cloud streaming apps. The games are being played remotely and something like Destiny 2 isn't going to run locally on an iPhone. According to CNBC, all games listed on the App Store need to have “some basic functionality when they’re downloaded,” so you can’t just have the listing link to the streaming app. Users also have to be able to purchase all the games using Apple’s payment system. So, in practice Stadia and Xbox Game Pass Ultimate still aren’t doable on iOS devices.

Is this just a case of poor communication between Apple and Google/Microsoft? Will they be able to work something out? Or is this Apple trying to impose their will yet again? I suppose we’ll see how it pans out.