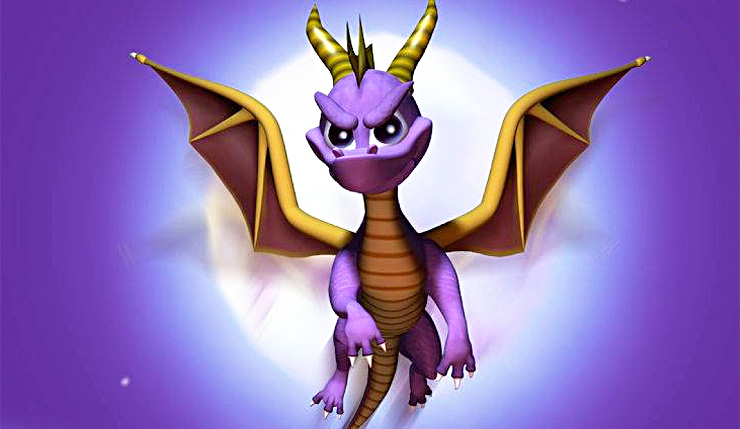 Following the success of last year's Crash Bandicoot N. Sane Trilogy collection, there have been murmurs Activision is planning to revive another late-90s platformer icon, Spyro the Dragon. Activision has yet to officially confirm anything, but reliable industry insider Laura Kate Dale is reporting that a Spyro the Dragon Trilogy remaster is indeed in the works. We’re still in rumor territory here, but Dale says she’s received confirmation from numerous sources, and a Spyro remake just makes sense, given N. Sane Trilogy is the best-selling remake or remaster on the PS4. Take this report with a grain of salt if you must, but I’d say it’s very plausible.

According to Dale, the collection will include Spyro the Dragon, Spyro 2: Ripto’s Rage, and Spyro: Year of the Dragon and boast new assets, animation, lighting, cinematics, a redone soundtrack, and an updated save system. The collection may also include some levels and content cut from the original versions of the games. In other words, the overall package will be very similar to N. Sane Trilogy. Speaking of which, the Spyro remaster is said to be developed by Vicarious Visions, the same folks who handled N. Sane Trilogy.

The Spyro Trilogy remaster will reportedly be announced in March, and will come out on PS4 (with PS4 Pro support) later this year. Dale speculates a September release is likely, as the original Spyro launched on September 9, 1998.

The Spyro the Dragon franchise was created by Ratchet & Clank studio Insomniac Games and originally published by Sony exclusively on PlayStation platforms. After the third game, Insomniac moved on to other things and publisher Vivendi Universal continued the series with several different developers. Years later, Vivendi Universal and Activision merged to form Activision Blizzard, which launched Skylanders: Spyro’s Adventure in 2011. Eventually, the Skylanders brand would supersede the Spyro name, with the purple dragon becoming little more than a supporting player in the series he spawned.

What do you think? Excited to see Spyro return to the spotlight? Personally, I always liked Spyro more than Crash, so I’m hyped, but it will be interesting to see if the nostalgia is there.