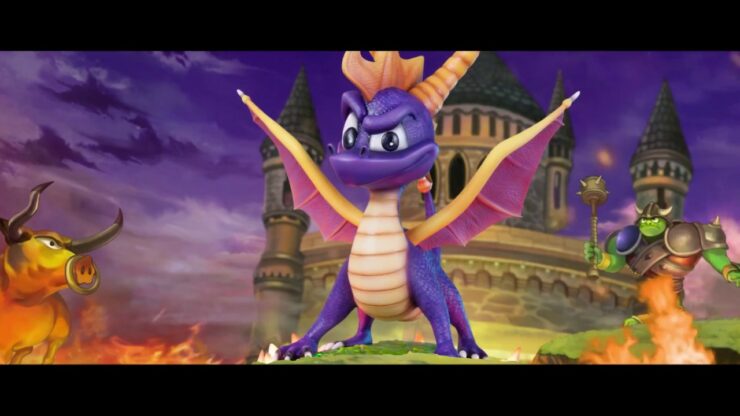 Rumors about remakes of the classic Spyro the Dragon games have been circulating online for some time now, and every day we are getting new evidence that this remake is likely in the works and getting announced soon.

Earlier today, Twitter user BetaM, who has been datamining the Crash Bandicoot N. Sane Trilogy, has discovered that the game features a Spyro demo code. The inclusion, according to the data miner, is intentional.

A report from Kotaku shared last month revealed that the Spyro the Dragon remake trilogy is going to include the first three entries in the series. While the games have been originally developed by Insomniac Games, the remakes are being handled by Vicarious Vision, the same time behind the Crash Bandicoot N. Sane Trilogy. With this report, a Twitter profile tied to the series recently made private and Activision wanting to release more remasters from its IPs this year, it's becoming more and more likely that Spyro the Dragon is finally coming back to modern hardware.

Vicarious Vision is also the best team to handle the return of Spyro the Dragon, considering their excellent work with the Crash Bandicoot N. Sane Trilogy.