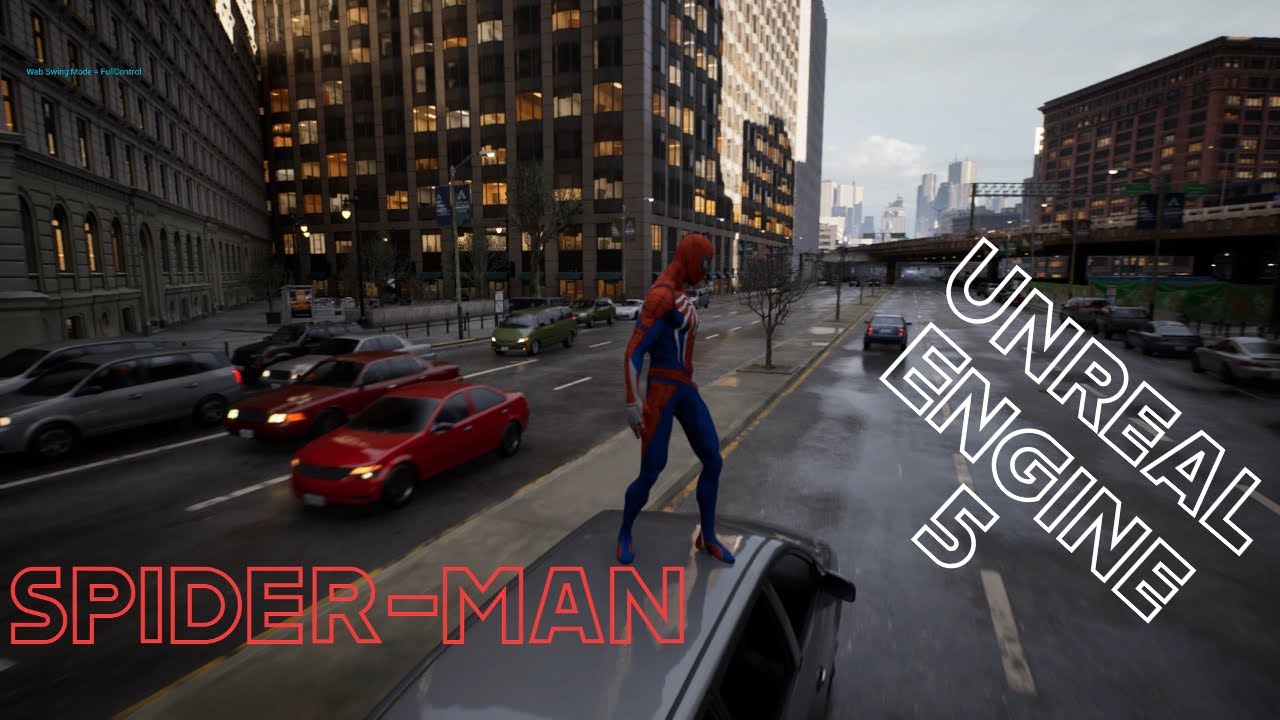 Created by YouTuber “dwr”, this new demo also used Epic’s Matrix Awakens’ megacity environment, and he has used the Spider-Man model as well as the animations from Lewis Fiford’s upcoming Unreal Engine 4 Spider-Man fan project. Down below we’ve included some more details about Fiford’s project:

This is a showcase of the project from my Youtube series 'Let's Make', in which I set about creating a Spider Man style traversal system.

The project is more of a coding exercise than a finished product and as such is not particularly polished and does have some bugs. That said it does have some cool features and interesting systems which I hope will be of use as an educational tool or project basis for those wanting to learn about game design in UE4.

You can check out Peter ‘Spider-Man’ Parker in Unreal Engine 5 down below, and judge for yourself.

Those interested can download the Spider-Man UE5 tech demo from here. Like the Superman game demo, it should be noted that this tech demo is quite a “heavy load” and requires a powerful system to run properly.

Quite impressive for sure, and we honestly can’t wait for the next-gen titles using Epic’s new engine. As reported earlier this month, Unreal Engine 5 is available now to download for all creators.

“With this release, we aim to empower both large and small teams to really push the boundaries of what’s possible, visually and interactively”, Epic wrote on its blog. “UE5 will enable you to realize next-generation real-time 3D content and experiences with greater freedom, fidelity, and flexibility than ever before.”