Spider-Man PS4 May Not Have Day-Night Cycle, Multiple Cameos Will Be In; More Footage To Come Soon 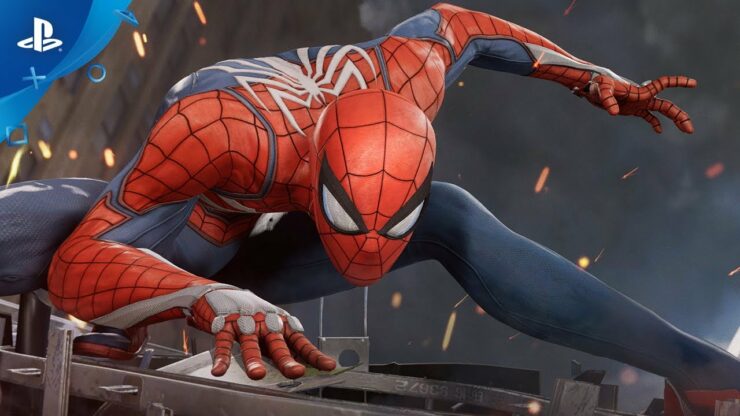 Quite surprisingly for an open-world game, it seems like Spider-Man will not feature a day-night cycle. According to Reiner, the time doesn't pass while exploring the open world and the time of day only changes depending on the story mission

They change the time in the story missions.

Time of day appears to be predetermined for missions and moments.

Andrew Reiner also confirmed that there will be more than a single Marvel cameo in the game, mentioning at least two more location referencing to other Marvel characters.

Set pieces are also going to be over the top.

I’ve only seen a couple. They are way over the top, as you would expect from a superhero.

More footage will also be released in the next two weeks, as Game Informer has about six minutes of total footage to share.

Lots more in the next two weeks. We have about six minutes of total footage to share.

Yesterday, Insomniac Games revealed plenty of new details on their game in the latest issue of Game Informer. The new Spider-Man suit, in particular, is going to reflect Peter Parker's growth as a man and superhero.

lf you think about how functional athletic gear is, that’s the same logic we applied to our suit. What it does to support you and allow flexibility, that’s the same logic we used. You’ll see our suit has a lot of paneling, like in athletic gear. One of the main things that’s different about our suit than the classic is he no longer has a red boot. If you’re a 23-year-old, you’re probably not going to wear a red boot. We thought an athletic shoe would be more appropriate for someone that age. The other thing we did was think of the functionality of the suit. The blue is where the suit allows flexibility, and where he has the highest range of motion. Anything that is red is made out of a thicker material for armor reinforcement. It’s where he might get hit the most, or where he might scrape against a building when swinging across the city.

Spider-Man launches on PlayStation 4 on September 7th in all regions.